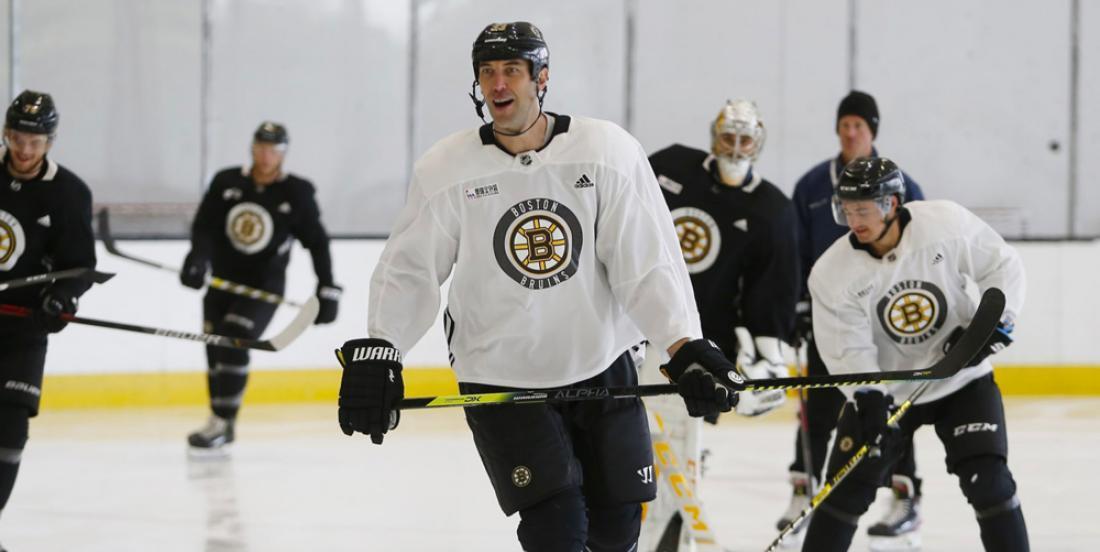 In case you missed the news yesterday, Boston Bruins captain Zdeno Chara had been held out of his team’s practice for precautionary reasons. While the Bruins didn't officially deem Chara “unfit to play”, he was not allowed to participate yesterday because the team had not yet received his COVID-19 test results from the Sunday.

From the Bruins, on Chara:

“The team did not receive Zdeno’s test results from yesterday and as such are keeping him out at direction of medical advisors until they receive the result.”

It sounds like the Bruins are simply taking an overabundance of caution in this case and that’s absolutely the right strategy to take. In fact, one would hope that ALL NHL teams follow the Bruins’ lead in cases like this. Chances are that Chara is absolutely fine, but

But fear not, Bruins fans! The big man is back in action today after the team confirmed his negative COVID-19 test earlier today.

Bruins head coach Bruce Cassidy said that as of now, Zdeno Chara will be back today but Nick Ritchie will not.

Needless to say, this is fantastic news for the Bruins. Chara is not only the team's captain, but he's unquestionably their most vocal veteran presence.

It's worth noting as well that sniper David Pastrnak re-joined the team yesterday after being forced to go into quarantine for the past two weeks. The superstar winger officially took to the ice for the first time with his teammates yesterday since March after sitting out of the team's Phase 3 training camp. Pastrnak had reportedly come into contact with someone who had tested positive for COVID-19, yet had tested negative himself. In an overabundance of caution though, both the Bruins and Pastrnak elected for the player to go into a two week quarantine.

Today, Pastrnak apologized for having to miss out on his team's training camp:

Teammate Ondrej Kase, who had also been sitting out with Pastrnak, has yet to rejoin the team though. His plan is to rejoin the team at some point prior to their Round Robin series next month. He'll be subject to a four day hotel quarantine after arriving in Toronto.