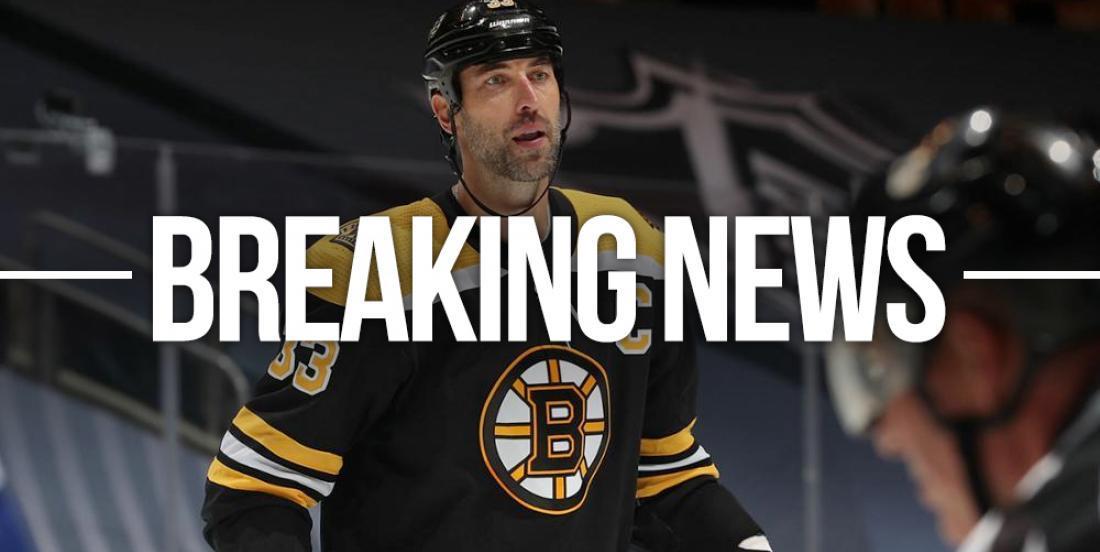 When the Boston Bruins were officially eliminated from the Stanley Cup Playoffs by the Tampa Bay Lightning earlier this week, all eyes were on Bruins captain Zdeno Chara in the team's post-game media availability. Would the big man be back in 2020-21? Or would he call it a career at 43 years old? All Chara would say in the moment was that he had yet to make his decision and would take time to consider all options.

Well... it didn't take long because apparently Big Z is in fact coming back.

Chara and their Bruins met with the media (online) today for their season ending availability and Chara confirmed that it's his intention to return with the team in 2020-21.

Paging GM Don Sweeney: You know what to do. Sign this man!

Chara was asked if he has his eyes set on Gordie Howe's all-time record for games played, and while Chara acknowledged the record, he went on to say that it's not a driving factor for him. That thing that drives him is being a difference maker for his team.

"I'm very much aware of it (Howe's record) because at the point when you reach over a certain amount of games, there's only a few people who are still active like Joe (Thornton) and Patrick (Marleau). You kind of can't avoid to know."

"But at the same time, I think my emphasis and my focus in on the team and I just want to continue to play, not because I just want to get the games in. I want to play because I believe I have a lot to offer, I have a lot to bring to the team. I think that I believe like I said in my abilities and I continue to go after my dreams. My dreams are not reaching stats. My dream is to compete and be on the ice in crucial situations and defend when it matters, making strong defensive plays. For me, it's always being out there, being on the ice, doing my thing. In the offseason being in the best possible shape, helping my teammates, being a good leader and do whatever I can to help the team win. That's to me that's more driven and I'm more dedicated to that than just going out there and basically being OK, just putting the uniform on and just going through the motions and not being involved and not being engaged."

If you're a young hockey fan reading this: THAT'S what a leader says and does.