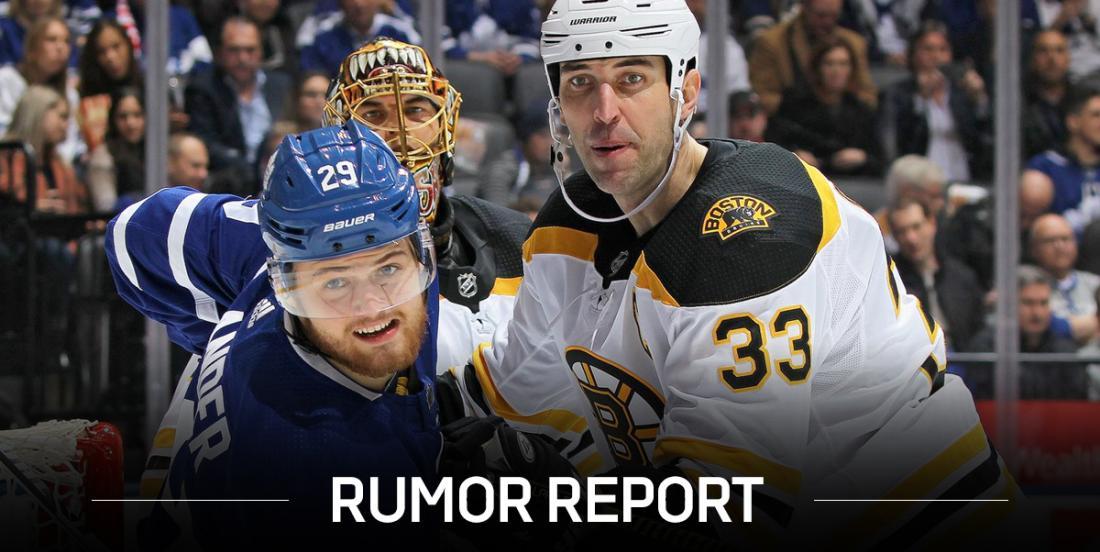 One of the craziest rumours in the NHL doesn't actually sound so crazy.

We're nearly a month into the NHL's offseason and it's been radio silence from unrestricted free agent and future Hockey Hall of Famer Zdeno Chara.

Surely, Chara will re-join the Bruins, right? Maybe a one year deal? I mean... it HAS to happen, right?

Both Chara and the Bruins have been silent on any potential deal for weeks now, leading many around the hockey world to wonder just what in the Hell is going on?

Toronto Maple Leafs reporter Howard Berger of The FAN 590 radio contends that Chara would be a good fit with the Leafs. After all, with the signings of veterans Joe Thornton and Jason Spezza this offseason, the Leafs seem to be turning themselves into the NHL's newest retirement community.

Why not add Big Z to the roster?

From Berger's most recent column:

Though it’s true the Leafs are looking for a cheaper alternative to Alex Kerfoot ($3.5 million against the cap) as No. 3 center — and Thornton would likely fill the role rather well for one season — I suspect that Chara would have a greater impact on the club. Why? Because he’s Zdeno freakin’ Chara! The blue line monster that has chewed on Leaf hide since 2006–07, helping Boston to three playoff–round victories over Toronto.

Of course Chara has slowed in his early 40’s; neither was he a speed–skater to begin with. But, he can still move around with guile and wisdom, providing Sheldon Keefe, even for one year, an intimidating presence on the back end. It can be argued the Maple Leafs have deployed no–such creature since their earliest days in the National Hockey League, when Red Horner patrolled the blue line with clout and tenacity, ringing up a minimum 124 penalty minutes in five consecutive seasons (1932–33 to 1936–37). For much of the time since 1967, Toronto has been soft and permissive on defense. Jake Muzzin and Zach Bogosian afford the current team a bit of sandpaper, but neither encompasses the aura of Big Zed. I contend the Maple Leafs would march into enemy territory with an altogether different ambiance were No. 33 along for the ride. Don’t you?