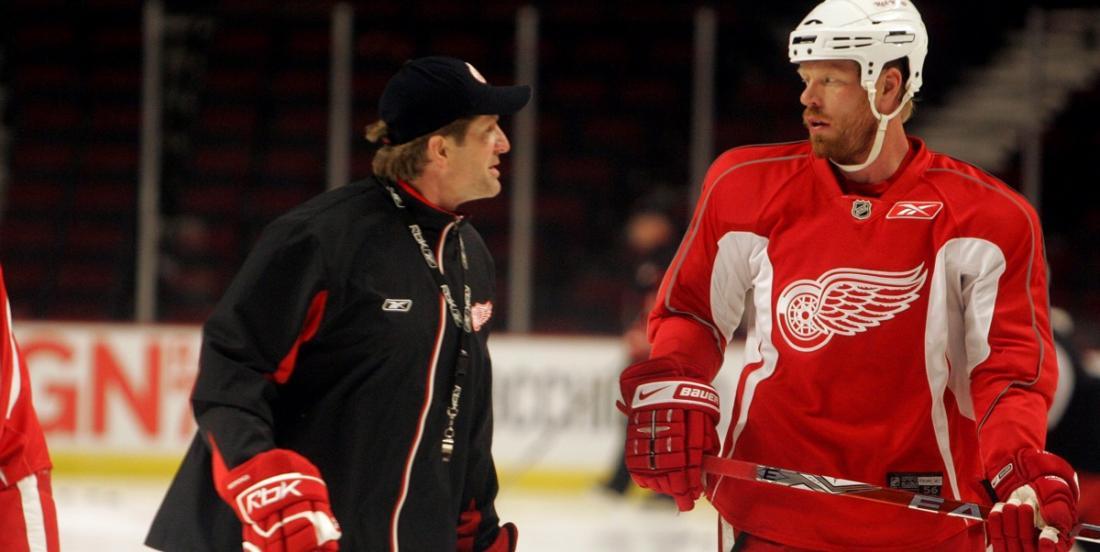 This is some pretty dark stuff right here.

There have been a lot of stories coming out lately regarding the treatment of players in the National Hockey League at the hands of a number of NHL head coaches and you could be forgiven if you simply did not have the time to track it all. One of the big issues for me personally has been the fact that a lot of the players speaking out have not been players that have established themselves in the NHL but rather fringe players who, whether fairly or not, could potentially be perceived as people with ulterior motives for making these types of claims. This latest story features none of those problems.

The man recounting the story is a truly great player in the history of the National Hockey League, three time Stanley Cup Champion Chris Chelios. Now to be clear this is not a story about Chelios himself but rather one that he personally witnessed and it involves another beloved NHL player in former Detroit Red Wings star forward Johan Franzen. Chelios was a guest on the Spittin Chiclets podcast when he was asked to share his most harrowing story involving former Toronto Maple Leafs head coach Mike Babcock, one of the men who has been subject to a firestorm of criticism for his coaching style and a man that Chelios played under during his time with the Red Wings. The story that Chelios decided to share was nothing short of chilling and takes on an even darker tone when you realize just how much Franzen is suffering today as a result of what he experienced in hockey.

""That would be an easy one, it would be Johan Franzen," said Chelios when asked about the worst abuse he had personally witnessed. "What he did to him at the end, he was hurt at the time... and some of the things he said to him on the bench... he was just blatantly verbally assaulting him during the game on the bench and it got to the point, no one really knowing that [Franzen] was suffering with the concussion thing and the depression thing, and he just broke down and had a nervous breakdown. Not only on the bench but after the game in one of the room's in Nashville, so that was probably the worst thing I have ever seen."

Now that story on its own would be bad enough but when you add the context of what Franzen is living through right now it becomes so much more disturbing. A year ago Franzen spoke to a Swedish outlet regarding the damage the brain injuries he received in the NHL had done to him, and the beloved NHL veteran revealed he had been diagnosed with post traumatic stress disorder. The comments he made at the time were obviously coming from a very dark place.

"Most of the time I think I am moving in the right direction, but when I have the down periods there is nothing positive," said Franzen regarding his mental health. "I almost give up then, and it is even worse because you think you have been better for a while."

"All I can do then is to sleep and lay in my bed. I take antidepressants and try to feel better again. But it quickly gets dark. Very dark."

"Sometimes my whole world falls apart and I can’t see the light in the end of the tunnel."

Mike Babcock is obviously a very well respected man in Detroit, and for good reason, but, given the high profile nature of both the player directly involved in this story as well as the one sharing the story, I suspect that his reputation has just taken a massive hit. If you're interested in hearing it in Chelios' own words, you can listen to the relevant clip just below.