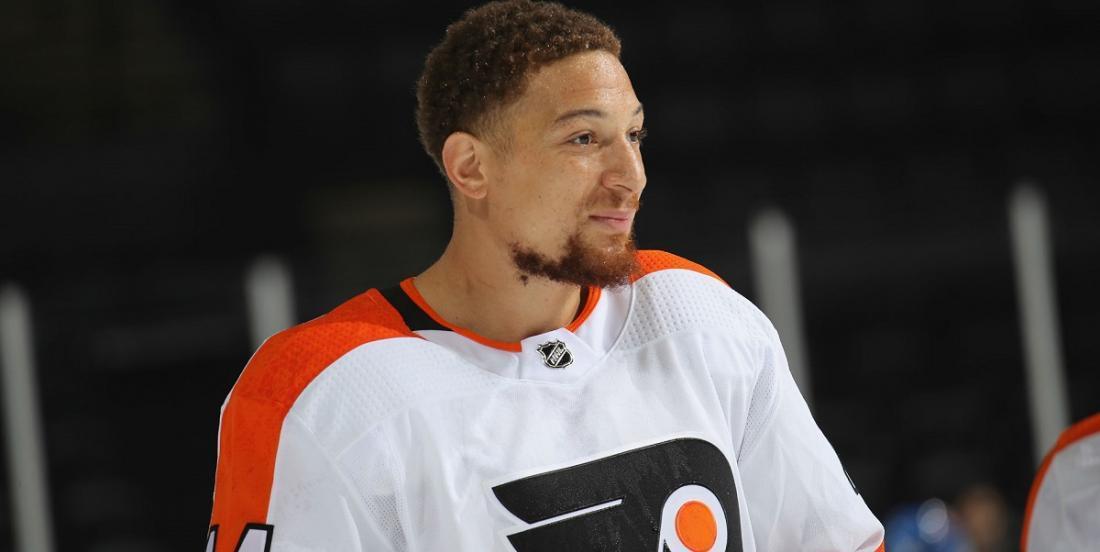 I've got to hand it to now former National Hockey League forward Chris Stewart for finding a rather cool and unique way to memorialize his career, and it made for a pretty good send off for his long time fans as well.

On Sunday the 13 year NHL veteran announced that he was officially retiring from professional hockey. He released a short statement announcing the decision but added that he would make a more detailed statement at a later date after he had some time to give it more thought and consideration. He hinted that there might potentially be a story involved in that statement as well adding that hockey quite literally saved his life, a story he now seems eager to share.

For the sake of preserving his message, here is Stewart's message unedited and in full:

I would like to formally announce that today after 13 years of playing professional hockey and 668 nhl games I'm retiring.I plan to elaborate and fully explain when I find all the words I have to say because my journey and experiences deserve it.
Hockey literally saved my LIFE!!For now I'd like to personally thank all 7 organizations for believing in me.
To all my teammates: the battles, the dressing room banter, the dinners on the road, someone constantly complaining, the laughs!!! Man a lot of laughs. Those moments I'll cherish for ever!!To my agent Eustace King and O2K sports, thank you for standing by me since day one and always being honest.
To my brother, Growing up I always wanted to be like my big brother.Thanks for setting the bar high. I'm so proud seeing you on tv everyday and the role model you are for today's youth!!
To my dad/sisters, I don't think there was a game of mine my dad has ever missed on tv or a game on the East coast that him or my sisters didn't come to in person. One of my proudest moments was scoring a goal in the ACC and walking up those stairs after the game to 40 ppl waiting for me.To my wife, thank you for putting me and my career first and following me around the world on this crazy journey, whether it was trades, waivers, Europe you were always there to make sure me and our boys had everything we needed I look forward to being home more with our beautiful family.
To my sons Christian, Connor and Cannon I'm going to miss seeing you guys on the glass in warm ups and the look of joy on your faces. All I ever wanted to do is make you proud.Throughout my career I've prided myself on being a good teammate and treating others with respect.
I have built and maintained many relationships that have opened up some great doors for me post hockey.I'm excited to share some stuff soon!
#stewchainzout

The coolest part of his retirement announcement however came in the form of lawn chairs, yes lawn chairs. No doubt Stewart did this to memorialize his own career, but it also makes for a pretty cool shoutout to each of the teams he played for during his career. He has clearly put a fair bit of work into these and I must admit they make for a really awesome display, one that I have no problem saying I am somewhat envious of.

Stewart's NHL career will come to a close after 668 games in which he recorded 160 goals and 162 assists for a combined total of 322 points and unsurprisingly given his playing style he also adds 750 penalty minutes to his career totals.

We would like to wish Chris all the best in the next chapter of his life.