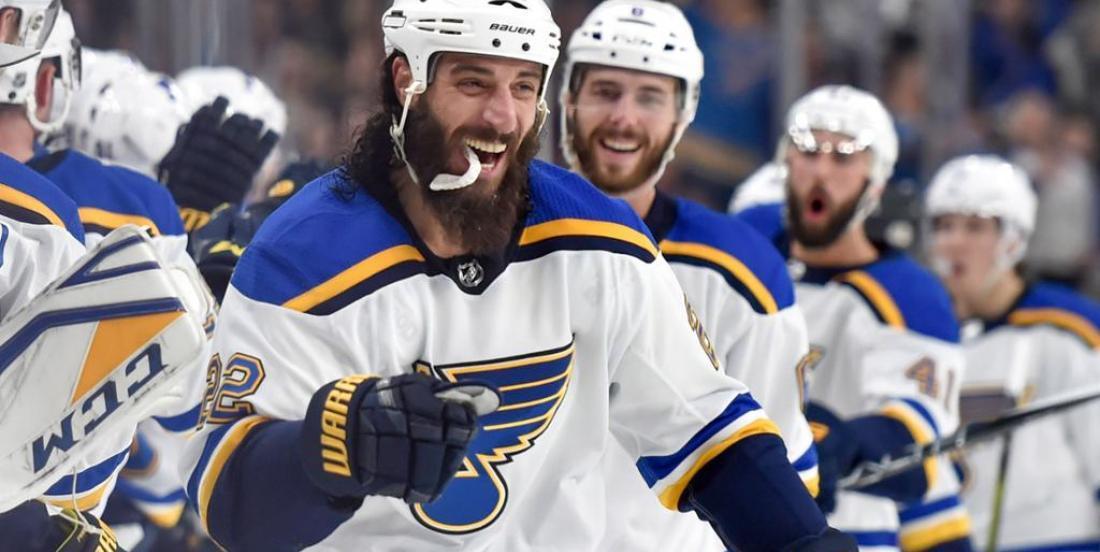 At 37 years old and after over 800 games in the National Hockey League veteran forward Chris Thorburn has decided to hang up his skates for good. On Monday the big man made it official when he announced via the St. Louis Blues website that he was retiring, this after not playing in either the NHL or the American Hockey League during the 2019 - 2020 season.

Thorburn will go out on top as a Stanley Cup Champion playing his final season in a St. Louis Blues uniform where, despite spending a large portion of the season in the AHL, he was part of their Stanley Cup Championship run in 2019. In fact Thorburn was the 4th man to raise the cup, a clear sign of just how much respect he had garnered in that locker room in spite of the fact that he was only with the Blues for 2 years, spending the majority of his career with the Atlanta Thrashers and later the Winnipeg Jets when the Thrashers were sold and moved.

Thorburn released a statement today, here it is unedited and it full via the Blues official website:

"Thank you to everyone who supported me, believed in me, and influenced me throughout my hockey career. The Buffalo Sabres, Pittsburgh Penguins, Winnipeg Jets and St. Louis Blues all took a chance on me and for that I am forever grateful.

"To finish my hockey career with the St. Louis Blues and finally get an opportunity to lift the Stanley Cup over my head, I could not have scripted a better way to go out. Thank you to Doug Armstrong and Tom Stillman, as well as Craig Berube, the coaching staff and the training staff. Most importantly, thank you to my Blues teammates for taking me on a journey of a lifetime.

"Thank you to my mom and dad, my brothers, Joey and Mark, and my sisters, Kathleen and Melanie, for your sacrifices and support, which allowed me to chase my childhood dream.

"Thank you to my agent, Steve Bartlett, for your honesty, guidance and friendship.

"Bennett Boy, you were and are my inspiration. Mary, you were Daddy's biggest fan and Oscar, you'll have to listen to a lot of dad's stories. To my wife, Sara, the road was not always easy but you were always in my corner. The grind that you had to endure at times was unimaginable but you never complained. Out of all the great teammates that I've had throughout my career, you are my favorite. Thank you for everything!

"It was an unbelievable ride with a storybook ending. As tough as it is to close this chapter, I am excited for the new adventures ahead for myself and my family."

Thorburn's career officially ends at 801 NHL games and in those games he recorded 53 goals and 81 assists for a combined 134 career points. We of course wish Chris and his family all of the best in their future endeavors and I sincerely hope he finds fulfillment off the ice, whether that be in the sport of hockey or otherwise.