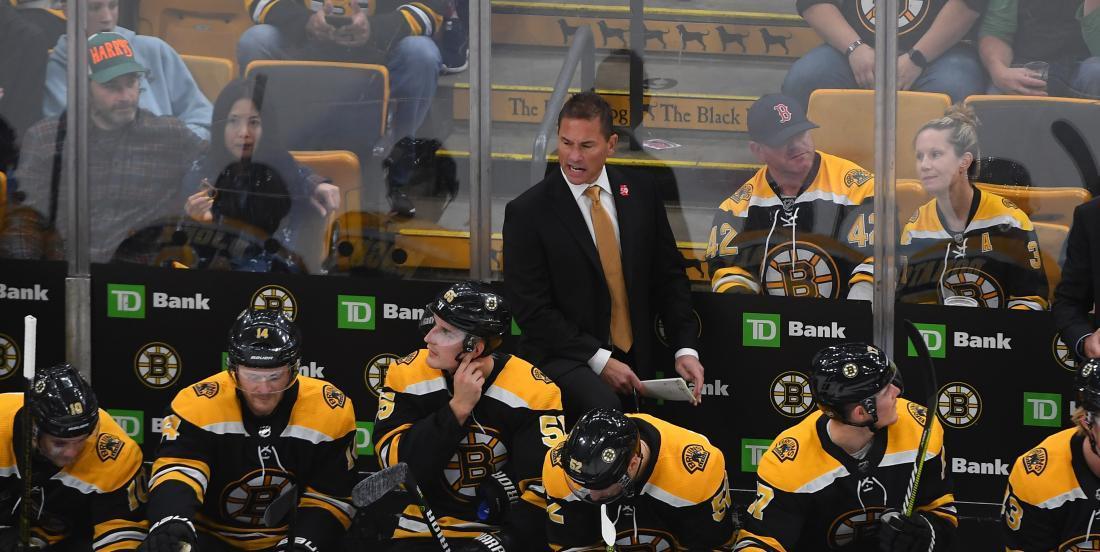 Earlier this week, the Bruins lost 5-4 to the Canadiens in Montreal. Boston had won its previous 6 games and are enjoying a good start to their season. The being said, Bruins' coach, Bruce Cassidy thought there were definitely areas in which his team could improve.

In a press conference ahead of this evening's matchup against the Detroit Red Wings, Cassidy was asked how he intended to improve on Tuesday's performance. He revealed what he thought was the main reason for the Bruins loss to the Canadiens.

The Bruins' coach said that his team's play in the defensive zone was the reason for their defeat. "I thought we got beat the other night with our wingers.", explained Cassidy about the Bruin's defensive issues on Tuesday. He then proceeded to give a few examples of situations where his team made defensive errors.

He talked about how his fourth line lacked patience in their coverage on one of the goals, before mentioning the last goal of the game where Marchand dived down, which gave Pastrnak a tough decision to make. He covered the shot instead of the pass and Montreal scored. Cassidy also spoke about the first goal of the game. He felt that winger Jake DeBrusk failed to properly cover the slot when Victor Mete scored on a loose puck.

"One break down and it kind of snow balls.", he said before continuing with the examples he gave."You look at all three of those goals, I think that we weren't strong enough at the top half of the d-zone, so that's an area that we talked about a lot."

Cassidy will undoubtedly have addressed this issue in today's practice ahead of the game against Detroit. Evidently, the Bruins' wingers failed to cover Montreal's defensemen when the Canadiens were setting up play in their defensive zone.

The Bruin's head coach was surprised with the way his team played in their own zone. "It's a staple of our game, we're pretty good at protecting the house. We usually have numbers there.", he claimed.

That being said, Bruce Cassidy has faith in his team. "I'd like to think it was just a one-and-doner, but let's see tonight."