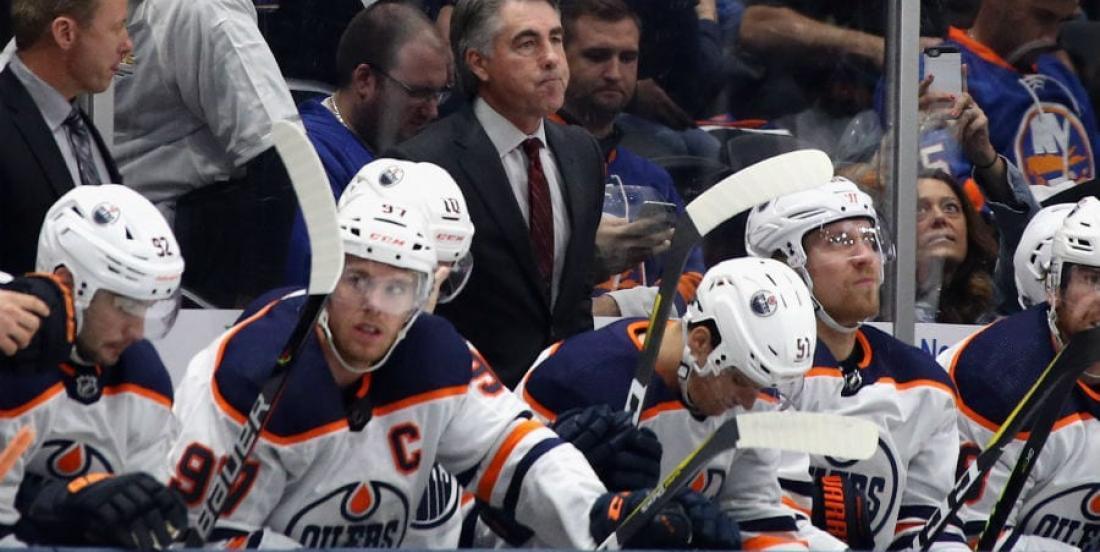 After a humbling 6-2 loss to the Florida Panthers on Sunday, Edmonton Oilers head coach Dave Tippett isn’t messing around.

Tippett has made it clear that he is set on sending a wakeup cal to his players, especially when he has to deal with seven forwards in his lineup tonight who have yet to score a goal this season.

On the way to Detroit, Tippett decided to throw his lines in the blender and emerged with this for tonight’s lineup against the Red Wings:

“It’s a wake-up call for us, and we’re going to respond,” said Jujhar Khaira per Sportsnet as he reacted to the moves. He has zero points and is minus-7 through 12 games, playing 12:16 per night.

“Those are two phenomenal players I get to play with tonight. You want to help out on the score sheet. I have to be up for the challenge, ready to get the puck and ready to shoot. I’m excited.”

The Oilers face the Wings who will be hungry for success: they have lost eight straight games. Edmonton has gone 1-2-1 in its last four contests.

Edmonton is once again saved most nights by the power of captain Connor McDavid and star forward Leon Draisaitl. They have 21 points apiece.

Let’s see if these changes shake up the Oilers and get them ready to get back to winning.