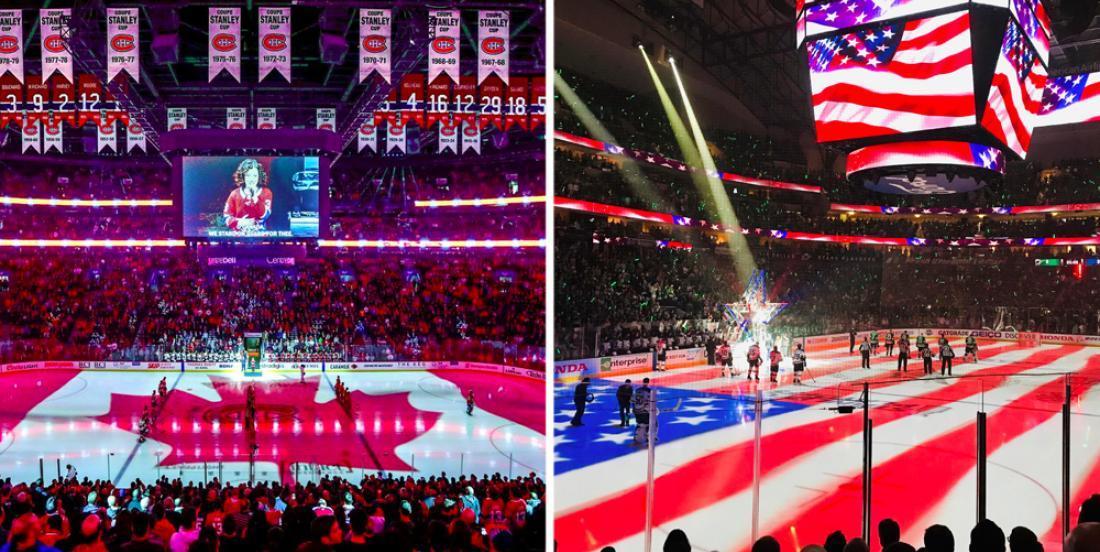 Protesters aren't welcome on this team.

With everything that's happening in the world these days, you can't help but feel like we're living in the most politically charged times in human history. Seemingly every single little thing that you say or do these days can be perceived as some sort of political stand. Frankly, I long for the days when politics stayed in politics and didn't bleed over into other avenues of life like say... oh I don't know... like sports.

Remember when you could enjoy flipping a game on the TV and not have to worry about left wing, right wing other politics but rather whose playing left and right wing on the powerplay? Ah... the good old days. Before nearly every athlete decided to use their "platform" to pipe up about their political beliefs. One thing, I can tell you... this old school hockey coach is pining for the old days too.

Check out this expletive laced rant that this junior coach goes off on warning his players not to protest the American Canadian anthem:

Honestly, while I can appreciate where this guy is coming from this entire speech just comes off like something out of an "Ok, Boomer" parody video. Shuffling around, clearly nervous, yet he still makes demands of his players that might go against their personal beliefs. How out of touch can you be?

Now, having said that, it's perfectly fine to have a team policy regarding silent protests during the signing of the national anthems. It's 2020, after all and all it takes is one jackass to do something dumb and the whole team will be painted with the same brush. By all means have consequences for players who break the rules of that policy. But don't try to act like a tough guy about it.

In fact, I'm willing to bet that protesting the anthem wasn't even on the minds of any of these kids until this coach decided to inject some politics into his locker room. Why create controversy where there is none? Frankly, it looks like a power move from a guy looking to get his players in line early in training camp.