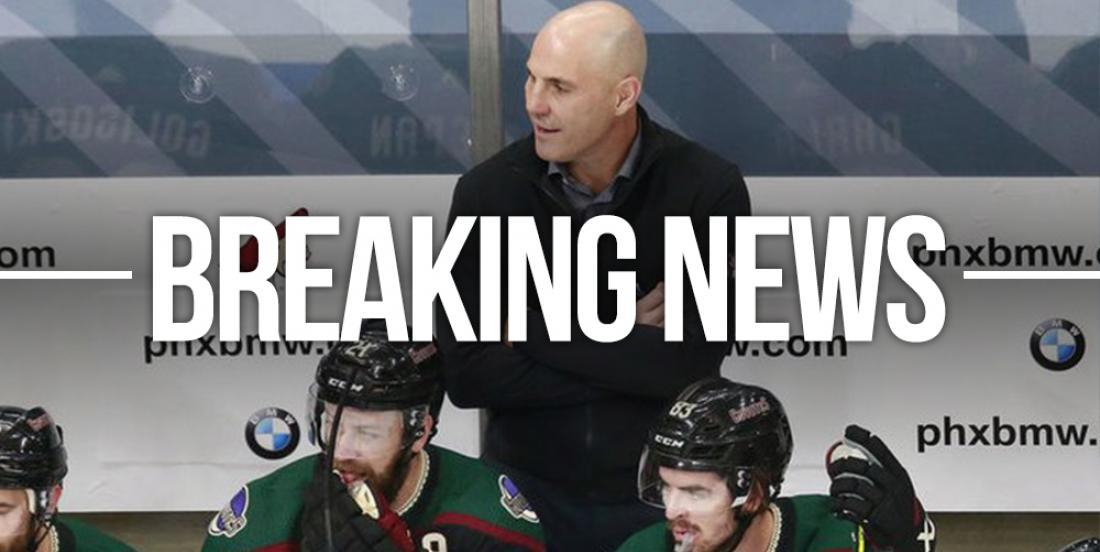 Ouch. Better gear up for a bag skate, boys.

In case you missed it earlier today, the Arizona Coyotes got absolutely WAXED by the Colorado Avalanche in Game 4 of their opening round Stanley Cup Playoff series. The Avs trounced the Coyotes by a score of 7-1 and, well to be honest thing could have been a looooooot worse if it weren't for Coyotes goaltender Darcy Kuemper. The Coyotes were not only outworked and outscored, the Avs also took it to the Coyotes in just about every other metric. Shots? Check. Hits? Check. It was an absolute clinic by the Avalanche. If you're an Avs fan, you love to see it.

Coyotes head coach Rick Tocchet though... he didn't like what he saw and he had no reservations calling out his team in his post game comments. Tocchet absolutely torched his team saying that they should feel "embarrassed" and that they played like "want to go home."

Check out these quotes from the fiery head coach, courtesy of ESPN's Greg Wyshynski:

Ouch. That hurts. And it hurts because Tocchet is 100% correct. If the Coyotes don't get their act in gear from the moment the puck drops on Game 5 Thursday evening, they are in grave danger of having their season ended at the hands of the Avs.