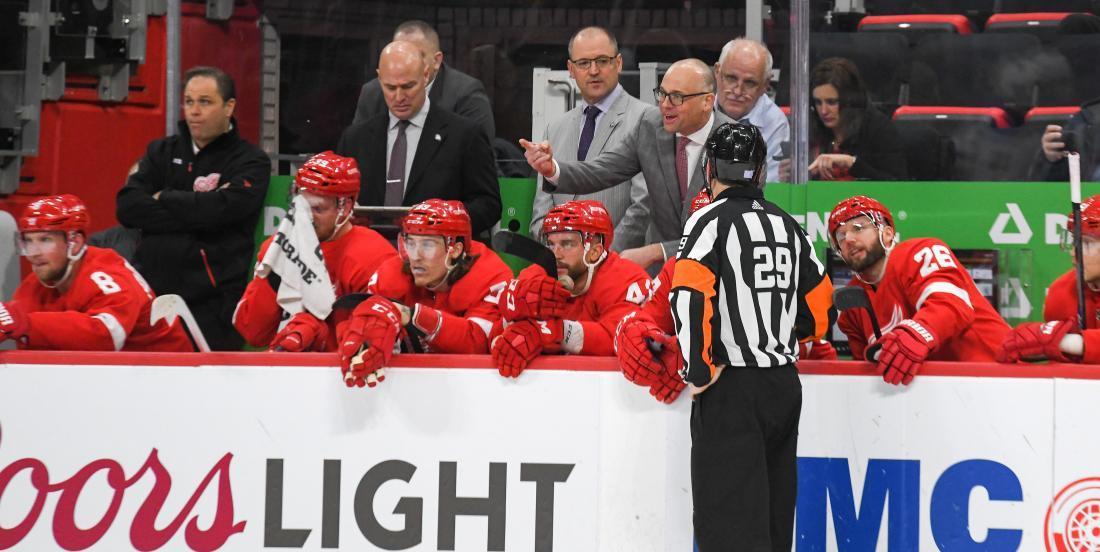 The Detroit Red Wings' record in the past 13 games is 1-11-1. As of yesterday, they are dead last in the NHL with 9 points in 17 games. As if that wasn't enough, only the Calgary Flames have played more games so far this season than the Wings.

They have allowed the most goals in the league with 68, while having the lowest scoring offense as well with 35 goals for. Their -33 goal differential is more than twice as large as any other team's, aside from the L.A. Kings who have a -22 differential.

Detroit's special teams statistics are not looking any better. The Wings have the worst penalty killing stats in the NHL. Their opponents score a goal once every three power play opportunities. The Red Wings' power play is shambolic as well. They only score on 12.7% of the opportunities they have with the man advantage. That places them 28th in the league in PP%.

Nobody expected the Wings to do well this season, but after a good 3-1-0 start to their season, it was looking like they would compete somewhat. What could explain the absolutely shocking play from the Red Wings?

It is quite obvious that Detroit lacks talent and depth in their lineup when compared to most other NHL teams. There is a steep drop off in offensive production among their players. Aside from Anthony Mantha, Dylan Larkin and Tyler Bertuzzi, none or their players are on pace for a 40-point season.

To add to all that, their goaltenders are having terrible seasons. Jimmy Howard has a 3.99 goal against average through 10 games, while Jonathan Bernier has a 3.51 GAA through 9 games. Both have an identical 0.887 save percentage.

That being said, the players' performances cannot possibly be the whole story. The NHL has seen less talented lineups achieve more success than the Red Wings are having so far. The reason: coaching.

According to Michigan Live journalist Ansar Khan, coach Blashill and the coaching staff in general are simply not doing enough. They must get their team to play hard every night and compete, which they seem to be unable to do.

Blashill had already taken a part of the blame for the Red Wings' struggles earlier this season. He took accountability more some of the mistakes that cost his team some points. He may yet have to take accountability for more than just a few mistakes.

Khan as whether Red Wings' GM, Steve Yzerman could consider making a change behind the bench. "Chances are, unless this team completely falls apart, Yzerman will stick with Blashill for the entire season and then consider options for 2020-21, whether he feels a better alternative is available.", explains Khan.

The Red Wings' current coach has found success at every level he's coached. Let's see if he can finally turn the tide around for the sake of his team, and the sake of his job.