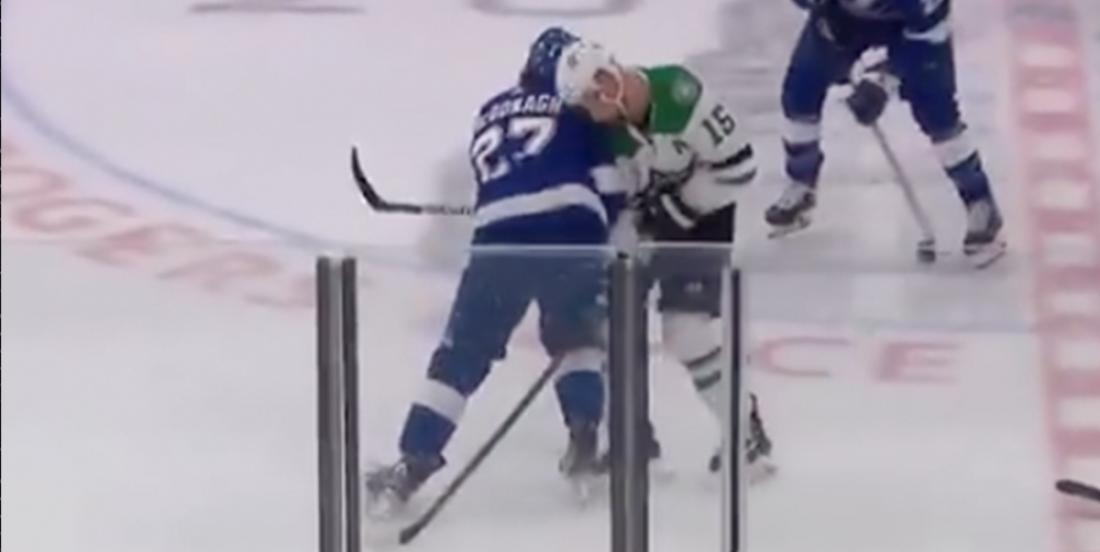 Late in the second penalty of Game 2 between the Dallas Stars and Tampa Bay Lightning and things are finally starting to get nasty. In a tightly played second period, Stars forward Blake Comeau took a stretch pass in the neutral zone and got absolutely BLOWN UP by Lightning defenseman Ryan McDonagh.

Now that's a suicide pass if I've ever seen one. Gotta keep your head up there, Mr. Comeau.