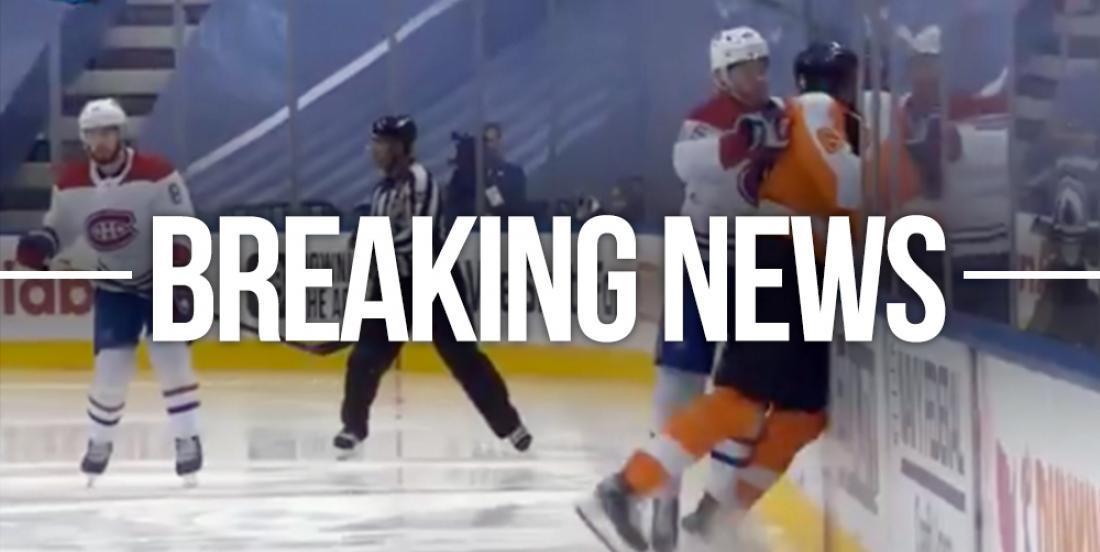 Montreal Canadiens forward Jesperi Kotkaniemi has been issued a five minute major and a game misconduct for boarding Philadelphia Flyers defenseman Travis Sanheim early in the 2nd period of Game 5 this evening.

Hmm... that's certainly a boarding call. But... a five minute major? I dunno about that...

Interestingly enough, the on-ice officials stopped the game momentarily to review the hit to see if it was worth "downgrading" it from a major penalty to a two minute minor penalty. Call it the "Joe Pavelski Rule", a holdover from last season's Vegas Golden Knights and San Jose Sharks first round Game 7.

To make matters worse the Flyers have pulled even with a powerplay equalizer courtesy of Jakub Voracek.

Voracek potted yet another PP goal on the major, to pull the Flyers ahead 2-1.

Ouch. Could be one of those nights, Habs fans...