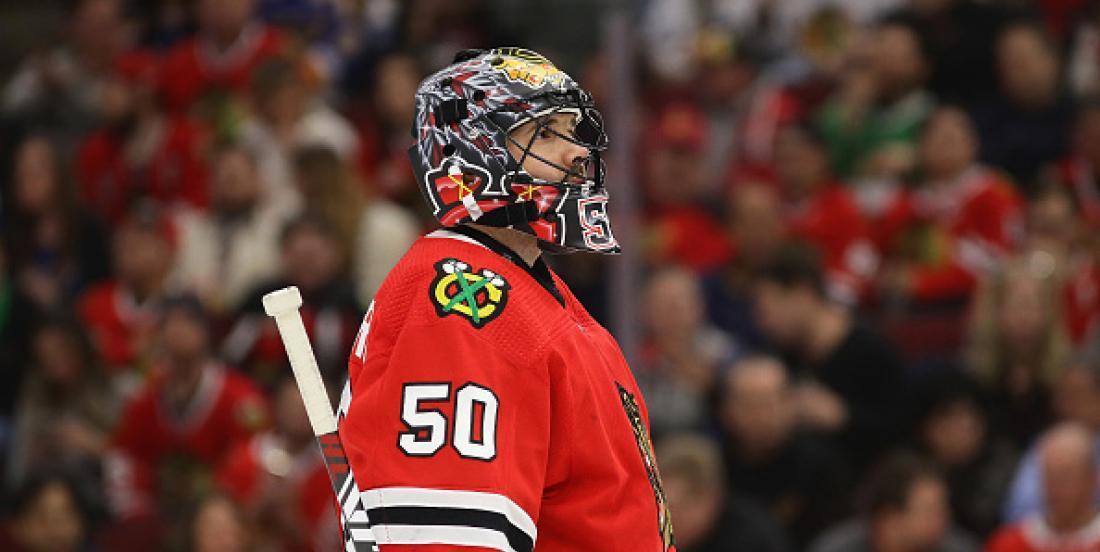 Will this be enough for fans?

The Chicago Blackhawks, who had not reached the Stanley Cup playoffs since 2017, defeated the Edmonton Oilers in four games of a best-of-5 qualifying round, but couldn’t repeat the feat against the Vegas Golden Knights. They were unfortunately eliminated in the first round a week ago, and on Tuesday it was time for goalie Corey Crawford to address the big question.

Right after his team’s elimination last Tuesday, reporters didn’t waste time asking the Blackhawks if their goalie Corey Crawford would be back with the team, and captain Jonathan Toews didn’t have a reassuring answer.

“Haven’t really had the chance to have those conversations with him,” Toews said after Chicago’s season ended, per TSN. “Yeah, I don’t know. The goaltending situation hasn’t been on my mind much.”

It has been on the minds of many fans and finally Crawford attempted to reassure them with his answer.

“I would like to be back. To win another Stanley Cup in Chicago would be unbelievable. That’s the No. 1 goal, is to win one more championship.”

While that is very good for Hawks’ fans to hear, when he started to break down the details of a new contract and whether he’d take a discount or not remain in Chicago, things got a little trickier…

“That’s hard to say right now. I don’t know where our cap is … but definitely, I’m leaning towards staying in Chicago. And I want to play I ton. I’m way more valuable playing consistently.

It could be better if indeed both parties agree on a shorter deal. Crawford’s health hasn’t always been the best. At the start of camp this summer, Crawford was deemed unfit to play, but he eventually return after he revealed that he had been diagnosed with COVID-19, forcing him to be sidelined for almost the entire duration of training camp. He missed parts of the previous two seasons because of concussions which might force the Hawks to make a significant change in between the pipes to set a real direction for the future.

But Crawford had been playing well when the league was shut down, recording a .930 save percentage in his last 17 games. And let’s not forget, he was in net when Chicago won the Stanley Cup in 2013 and 2015.

And it sounds like he wants another one with the team.