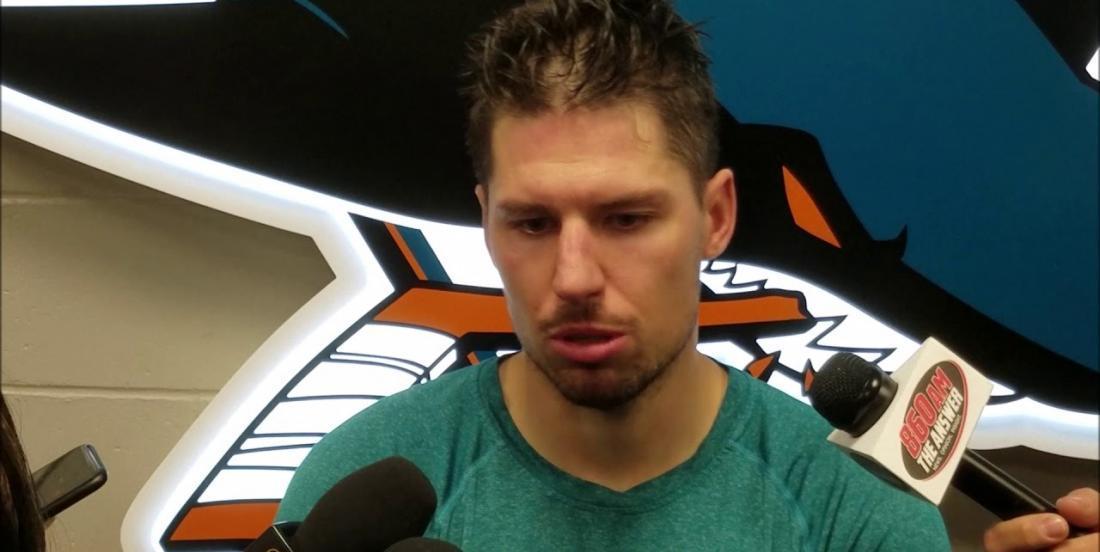 ​He calls this inexcusable!

There is a new captain in San Jose and he was not afraid to call out his Sharks teammates for a poor change that led to the Buffalo Sabres’ overtime winner Tuesday night.

Logan Couture did not hold back and made sure that forwardsKevin Labanc and Timo Meier were accountable for what led to the Sharks’ 4-3 overtime loss.

Labanc and Meier changed with just under two minutes left in overtime, which led to Casey Mittelstadt finding Rasmus Ristolainenn up ice for a two-on-one with their captain Jack Eichel.  The Sabres’ best player would score the overtime winner off a rebound as Couture and Joe Thornton were racing back into the play after the late change.

“Just an inexcusable change. Two guys that stayed out too long looking for offence. It’s a selfish play that doesn’t need to be part of this team, so we’ll figure that out,” Couture said post-game.

The Sharkshad won three straight games before their back-to-back losses to the Sabres. They have now dropped to 3-5-1 on the season.

But it seems like Couture will handle this and get some sense back in his teammates.