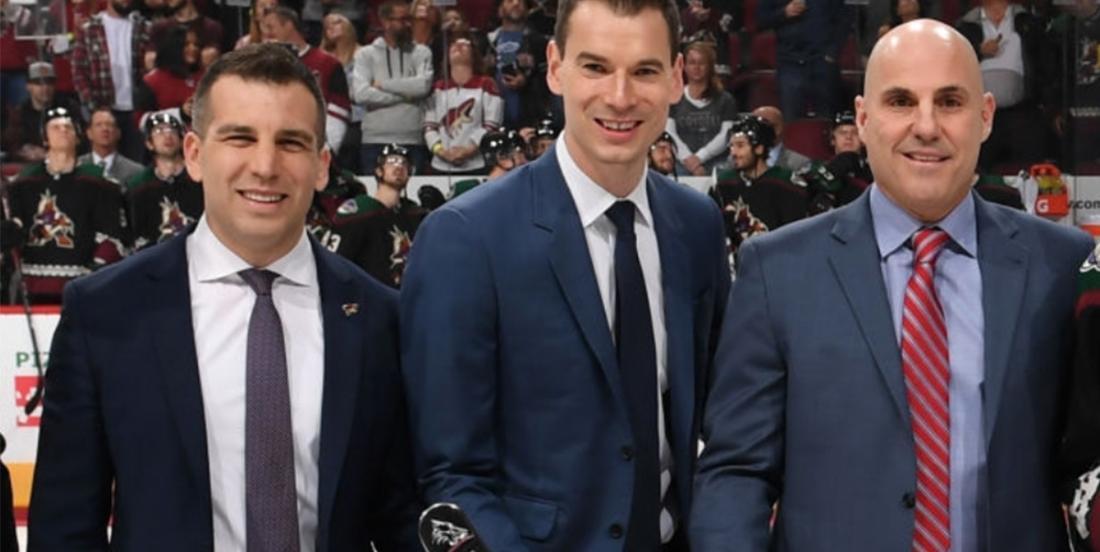 The Arizona Coyotes are keeping real busy during the NHL shut down. It has been reported by team insider Craig Morgan of The Athletic that president and CEO Ahron Cohen and the club have parted ways on Tuesday.

The Coyotes’ ownership changed hands in June 2019 when Alex Meruelo took over as majority owner of the franchise. Morgan had since reported that there were alk of potential changes to the business-operations side of the organization after said change in ownership. It could be the reason behind the Coyotes and Cohen parting ways…

“While there had been speculation about the futures of the coaching staffs and management staffs heading into this season, Alex Meruelo, who purchased a 95 percent stake in the team less than a year ago, gave John Chayka a contract extension in November and the coaching staff is expected to return intact next season, the final year of head coach Rick Tocchet’s contract,” Morgan wrote.

“There was more speculation in league circles about the future of business executives within the organization. When a new owner takes over, particularly one without a hockey background, it is easier to make changes in the business operations first, although it is unclear what Meruelo’s plans are to replace Cohen.”

Cohen joined the organization in 2015, serving as the team’s chief executive officer and chief legal officer before being named president in 2018.

He is no longer part of the team now it seems.

Morgan also believes that a new CFO will be hired soon as Coyotes CFO Gregg Olson is no longer with the organization. He joined in Sept. 2014.