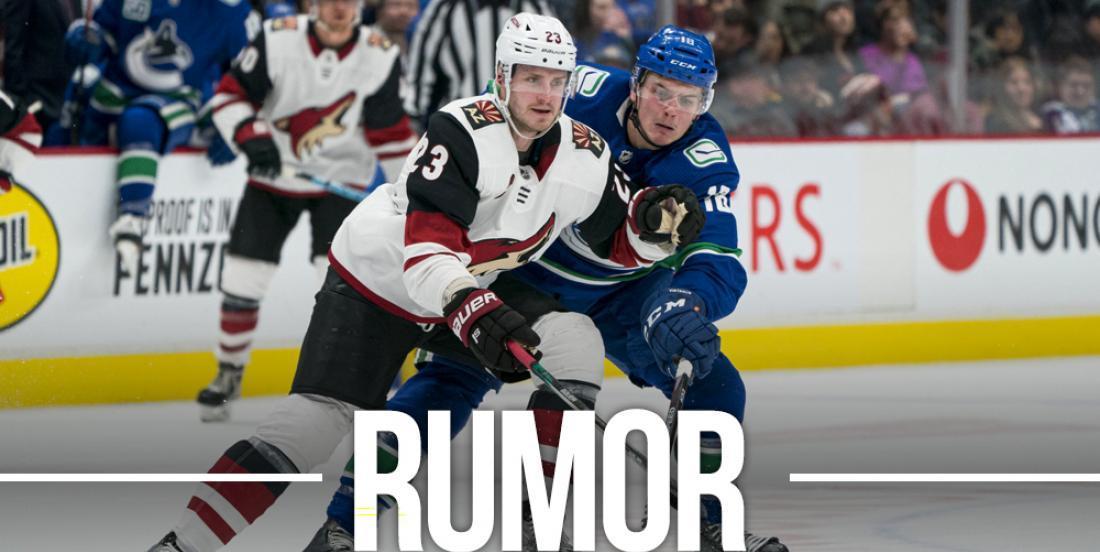 We're less than 24 hours away from Oliver Ekman Larsson's self-imposed deadline for the Arizona Coyotes to trade him and it appears that things have reached a standstill.

The Coyotes' captain owns a full no-movement clause on his $8.5 million annual contract and has reportedly instructed Coyotes GM Bill Armstrong that he will only accept a trade to the Vancouver Canucks or the Boston Bruins. Multiple online reports seem to indicate that the Bruins are unwilling to meet the Coyotes' demands and that the Canucks have tendered a "final offer" to the Coyotes for consideration.

According to Canucks insider Irffan Gaffar though, the Coyotes are demanding at least one of the Canucks' top prospects in return. That means goaltender Thatcher Demko, 10th overall pick Vasili Podkolzin or Swedish sensation Nils Hoglander.

To be honest... that seems about right. Sure, OEL is overpaid but he's still a fantastic top pairing defenseman. If I'm Canucks GM Jim Benning I probably don't like the idea of trading away a young up and comer, but as the old saying goes, "You have to give to get." I'd be surprised if Benning ships out Demko though, especially considering starting goaltender Jacob Markstrom seems intent on heading to the free agent market.