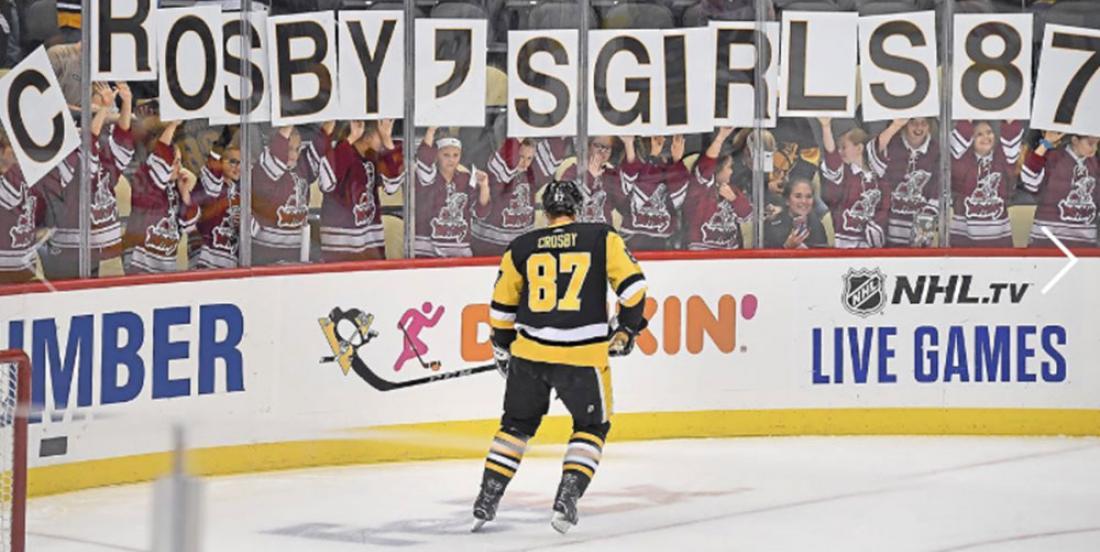 In case you missed it this past weekend, Pittsburgh Penguins captain Sidney Crosby received a warm welcome at PPG Paints Arena prior to his team’s game against the Anaheim Ducks. The entire roster of the Johnstown Warriors all-girl team positioned themselves at the glass during warmup and spelled out “CROSBY’S GIRLS 87” for the superstar to see.

This is awesome. ? A youth hockey team made up of 17 girls who all got their start in Sidney Crosby’s Little Penguins “Learn to Play Hockey” program got to see their idol play in person. They call themselves “Crosby’s Girls” because the team wouldn’t have been possible without him. Annnnd now we’re crying. ??

When the Penguins organization learned that all 17 of the Johnstown-area girls started out in Sidney Crosby’s Little Penguins Learn to Play program are still with the team, they reached out with an offer to attend the game for free.

With the support of the Pens’ star center, the program since 2008 has given full equipment — including Crosby No. 87 jerseys — and instruction to more than 12,000 girls and boys ages 4 to 9 in the Tri-State area.

Do yourself a favor and check out the full story courtesy of Bob Batz Jr. from the Pittsburgh Post-Gazette: