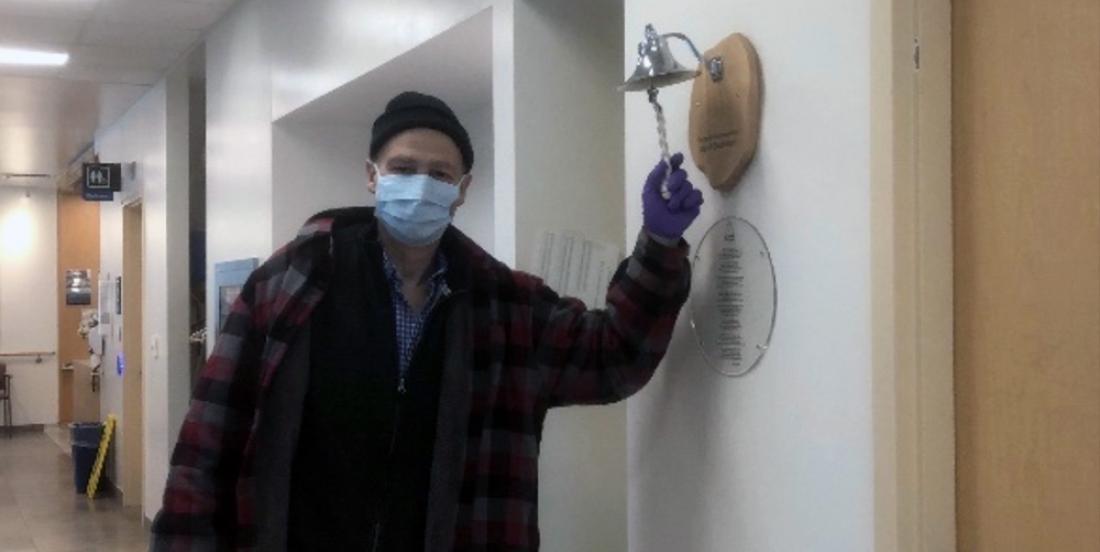 Yesterday evening Eric Hawerchuk, son of legendary Hockey Hall of Famer Dale Hawerchuk, tweeted out a photo of his father ringing the “Bell of Hope” from the cancer ward in Barrie’s, Ontario’s Royal Victoria hospital signalling his final round of chemo treatment.

It’s worth noting though that Hawerchuk isn’t confirmed to be cancer-free yet, it’s just that he has finished his current round of treatment. While things are looking good and Hawerchuk is putting up a strong fight, he’s still not out of the woods. Please continue to keep him and his family in your thoughts and prayers as he continues to kicks cancer’s ass!