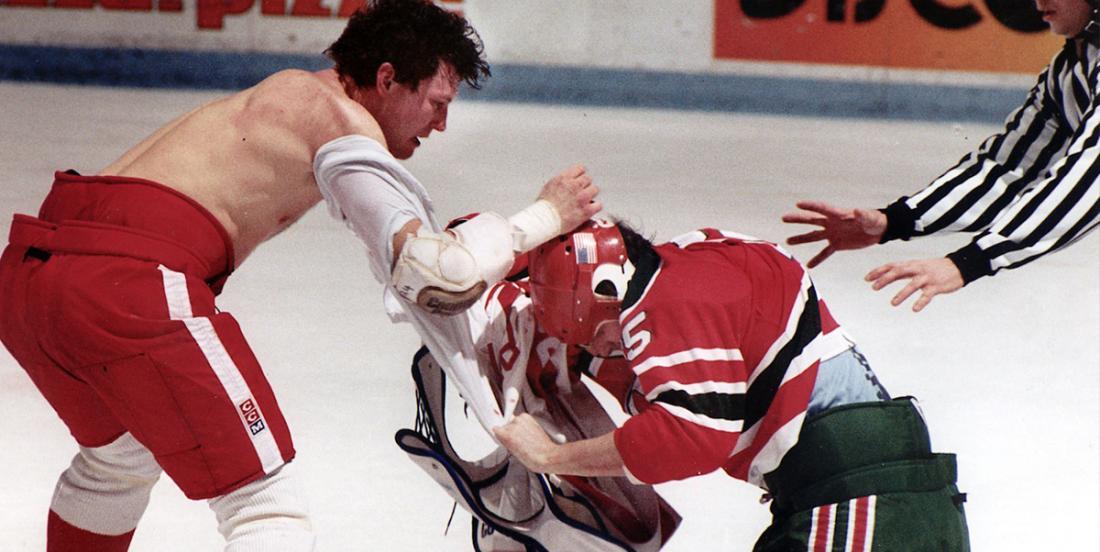 This is a must listen for ANY old school hockey fan.

Former Detroit Red Wings and Chicago Blackhawks enforcer Bob Probert was one of the most feared players of his generation… possible of any generation, for that matter. The 6 foot, 3 inch, 225 pound winger piled up a whopping 3300 penalty minutes over 935 games in his 15 year NHL career, ranking fifth all time in totals PIMs.

Probert was a force of nature, especially in the early part of his career with the Red Wings, and was unafraid to drop the gloves with anyone. His tilts with other tough guys like Tie Domi, Stu Grimson, Dave Brown, Marty McSorley and Mark Tinordi are legendary. No one, save for perhaps teammate Joey Kocur, had the pure knockout power that Probert had during the peak of his career.

Sadly, Probert left this world far too early, passing away at just 45 years old in 2010. Before he passed, Probert had been working on an autobiography to be titled “Tough Guy: The Bob Probert Story.” Well, thanks to movie director Geordie Day, Probert’s story will finally say the light of day, with “Tough Guy” set to hit the screen in Canada next month, with a release in the United States expected in 2019.

Check out the trailer below:

Earlier today Probert’s wife, Dani Probert, was on the Win City Sports podcast, a podcast based in the Windsor/Detroit area, where she dished on her husband’s legacy, working with WCW in the 1990s Tough Guy.