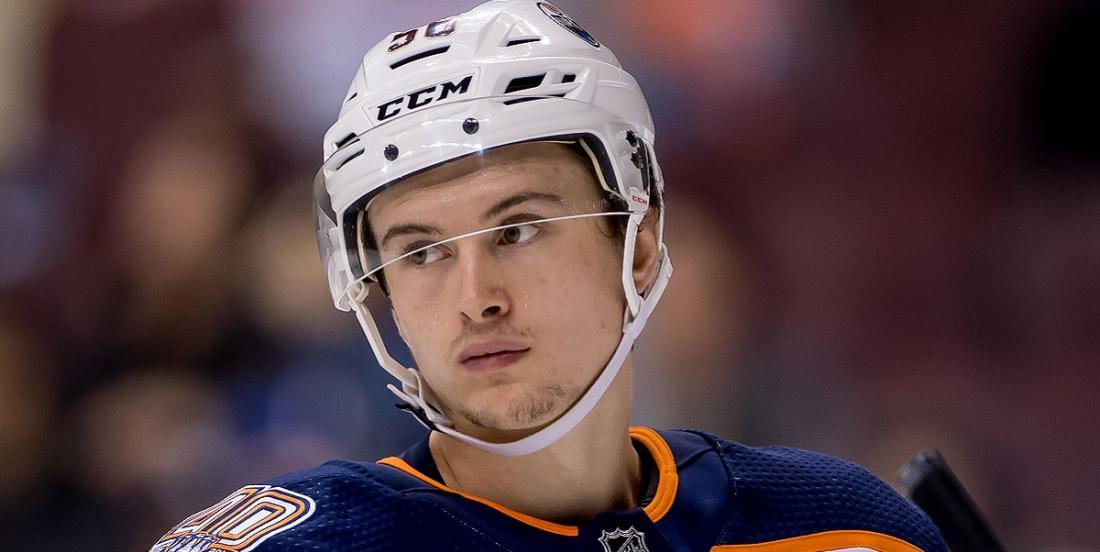 Dave Tippett confirms Oilers will be down a man on Sunday.

Disappointing news for the Oilers on Sunday.

The Edmonton Oilers were expecting a significant return to their lineup on Sunday, but unfortunately for the fans that were waiting for good news this morning there will be nothing but disappointment.

According to a report from Terry Jones of the Edmonton Sun, the Oilers will be without former first round pick Kailer Yamamoto. The news came directly from Edmonton Oilers head coach Dave Tippett himself, so there is no doubting the accuracy of Jones' report, and that means that Yamamoto has officially been ruled out for Sunday's contest against the Winnipeg Jets. It's particularly bad time for the Oilers who will be playing their second game in as many days, a situation in which having some fresh legs would have been ideal for the Oilers.

It sounds like the way Yamamoto plays may have actually been one of the motivating factors behind the decision to keep the Oilers forward out of the lineup for a few extra days, something that Tippett strongly hinted at during his comments to the media on Sunday.

“Yamamoto is close but won’t play. Hopefully, we’ll get him back Monday or on the trip sometime,” Tippett said of the 21-year-old Spokane product the Oilers drafted 22nd overall in 2017.

“It’s just the way he plays, the tenacity he plays with,” said Tippett as per the Edmonton Sun. “We just wanted to make sure that there’s no setback. So we’re going to give him a couple of extra days here.”

Yamamoto has been extremely limited this season, appearing in just 21 games at the National Hockey League level for the Oilers, while also appearing in an additional 23 games for the Oilers American Hockey League affiliate, the Bakersfield Condors. In spite of his short time with the main roster however Yamamoto has been nothing short of dynamite for the Oilers. recording 9 goals and 12 assists for a combined 21 points, exactly a point per game pace in the 2019 - 2020 NHL regular season. Yamamoto also boasts a plus minus rating of +14 for the Oilers this season which would indicate that he has been responsible at both ends of the ice for the team.

We will likely know more regarding his eventual return at some point this week.