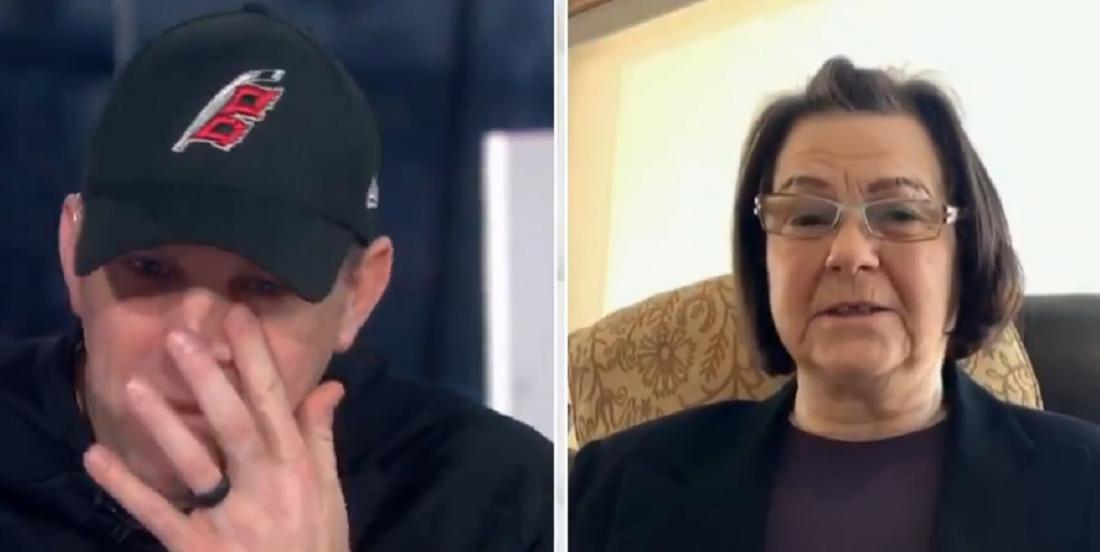 No doubt the past few days have been an absolute roller coaster for emergency backup goaltender David Ayres, the man now forever known as the Zamboni goalie, but things may have finally hit home today when he received an emotional surprise during a Monday morning segment on the Today Show.

Ayres, who helped the Carolina Hurricanes pick up an improbable win over the Toronto Maple Leafs on Saturday night, was invited onto the Today Show to share his incredible story but he was not ready for the surprise that the show's hosts had in store for him. Ayres was asked about his incredible win over the team that currently pays him to drive the Zamboni for the Toronto Marlies of the American Hockey League and as we have seen over the past few days Ayres was incredibly humble when describing his won role in that victory, but it was when he was asked about his health issues that things got a little more serious.

Ayres was asked about the life saving kidney transplant he received several years ago, a medical procedure that Ayres thought could have meant the end of his career as a hockey player, and not just professionally. Ayres admitted that he never thought he would play hockey again immediately following the grueling procedure but thanks to the support structure around him he eventually was able to make his way back to the ice. Ayres was then asked about the person who saved his life with a kidney donation, his mom, and he admitted that he had not had much of a chance to speak with his mother due to the whirlwind of events surrounding him since the improbable victory in Toronto.

Much to their credit the good people at the Today Show managed to track down Ayres' mother and they had her ready to go on a video call and it was at that moment that Ayres let the cracks in his armor show. As momma Ayres gushed over her son's success, stating that she was as proud as she could be for her little boy, the emotion on the face of the Zamboni goalie was unmistakable.