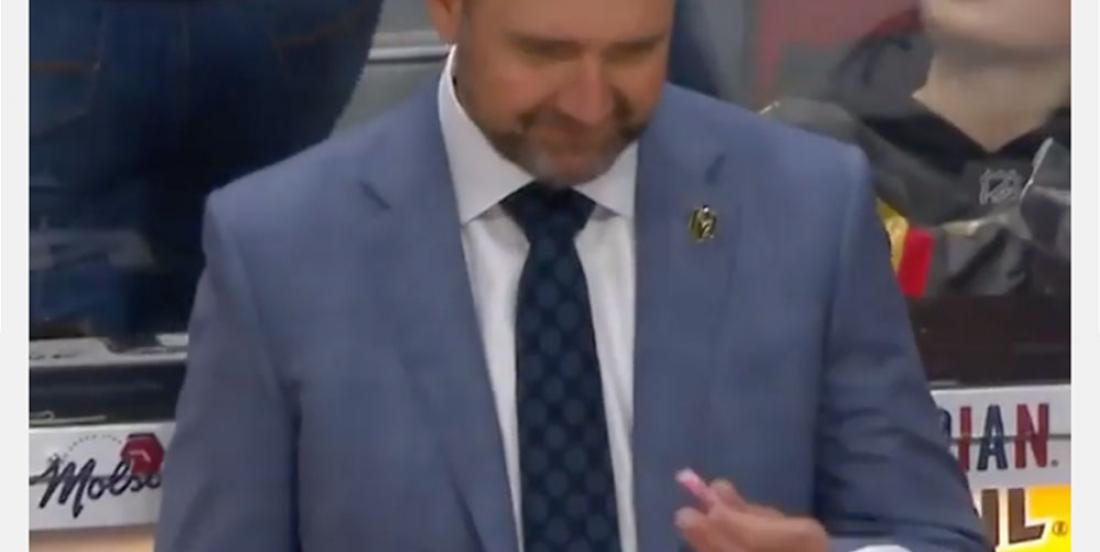 Whatever it takes coach!

It was a shock on Wednesday for anyone across the National Hockey League when the Vegas Golden Knights fired head coach Gerard Gallant and replaced him with Peter DeBoer.

On Thursday night as the Golden Knights faced the Senators in Ottawa, DeBoer was behind the bench for his first game with his new players, and it seems like they felt something was needed to kick off their new association.

Before puck drop, forwards William Carrier and Ryan Reaves decided to invite their new head coach to join them in a very common ritual of smelling salts.

When DeBoer was handed the stack, he laughed and took the opportunity to bond with his new players through the magic of smelling salts.

It might be something DeBoer will do again: after all, the Golden Knights ended up winning 4-2 over the Senators in his first contest behind the bench.

Whatever it takes, coach!