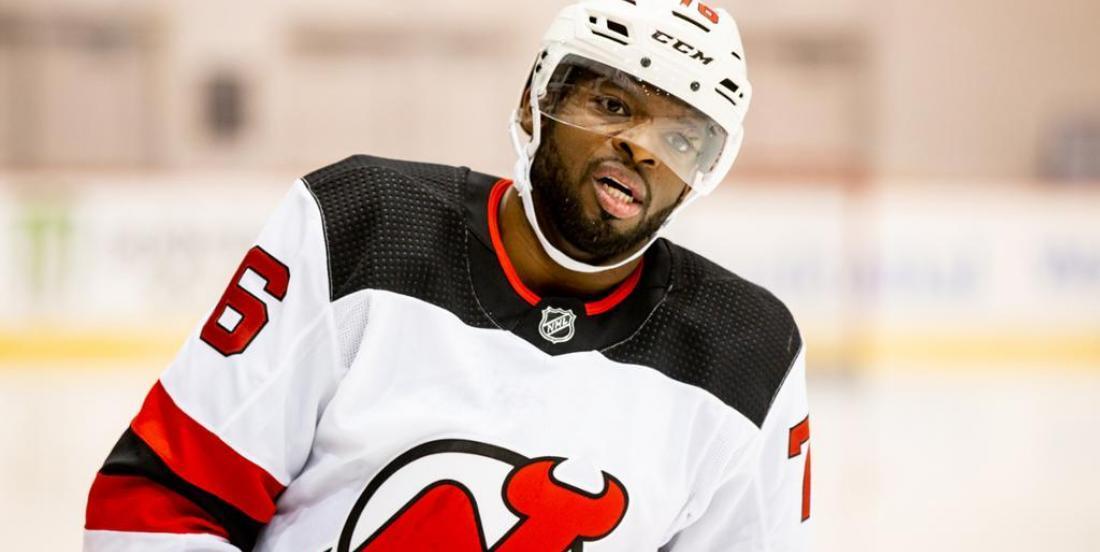 Trade chatter is getting intense!

The New Jersey Devils got the ball rolling on the trade market earlier this week when they move star forward to the Arizona Coyotes, however, it seems like another significant move could take place after the Holiday Freeze.

As we pointed out last week, it seems like defenseman P.K. Subban could land back on the trade block and on Friday, things got serious.

According to analyst Randy Timmins, Devils general manager Ray Shero is in serious discussions with an Atlantic division team in regards to a trade involving Subban.

This means Subban could return in the same division as his former Montreal Canadiens, though we doubt the Habs would look to acquire him. The Toronto Maple Leafs, Boston Bruins, Buffalo Sabres, Tampa Bay Lightning, Florida Panthers, Ottawa Senators and Detroit Red Wings could be the ones in talks with the Devils.

Which team do you think is interested in landing the veteran blue liner?

Earlier this month, the New York Post and columnist Brett Cyrgalis criticized Subban for his self-marketing and the many things he does besides play hockey. And there is the question of his hefty contract being a huge obstacle to potentially interested clubs. Subban has the remainder of this season and two more years after that left on the $72 million eight-year deal he signed with the Montreal Canadiens back in 2014, and has already been traded twice during the tenure of the contract.

It could be difficult for the Devils to find takers, even if the Devils ate some salary.

Let’s see who’s willing to do it after the break.