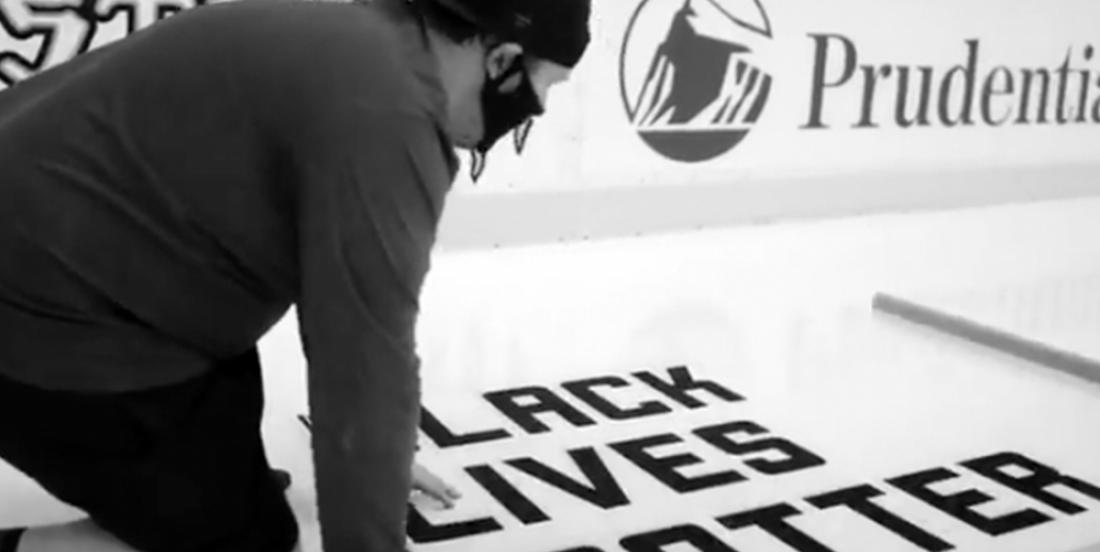 The Devils become the first NHL team to make a political statement on their ice surface.

The New Jersey Devils won’t be playing hockey for a long, long, looooong time. But that doesn’t meant that the team’s management group isn’t working behind the scenes.

With the Devils officially eliminated from the NHL’s Return to Play plan and with no date on the calendar for the start of the 2020-21 season, there’s no telling when the Devils will hit the ice again. But when they do they’ll notice something different about their training centre at RWJBarnabas Health Hockey House. The Devils’ ice crew has installed Black Lives Matter lettering on their ice at the rink.

A very classy gesture that, like most things these days, is bound to trigger people one way or another.

While each of the 31 NHL teams issued a statement during BLM marches and protests earlier in June, the Devils are thought to be the first to actually emblazon their sentiment onto their playing surface. Agree or disagree with the sentiment and all that it comes with, you have to admit it’s a pretty ballsy move for a professional sports team to make such a polarizing decision. And for that, kudos Devils.