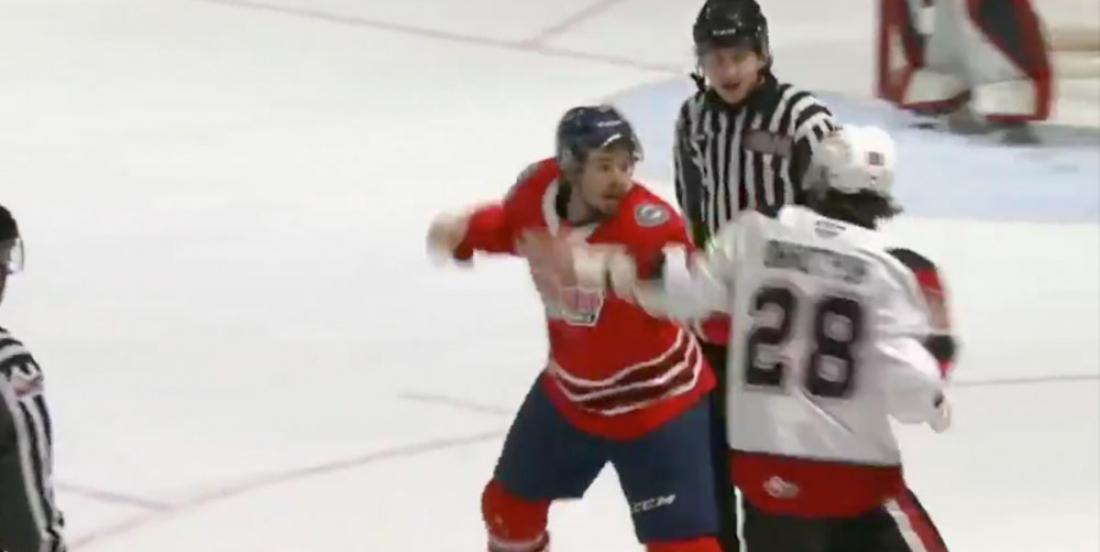 Big boy hockey from the kid. Love it!

Let’s face it… New Jersey Devils fans could use some good news these days. Their team sucks, their GM was canned, Taylor Hall has been traded and Cory Schneider’s NHL return lasted just one game. Things aren’t pretty in the Garden State these days.

Well… cheer up, Devils fans because prospect Nikita Okhotyuk is absolutely dominating the OHL this season with the Ottawa 67s. Chosen in the 2nd round (61st overall) in last summer’s 2019 NHL Entry Draft, the 6 foot, 1 inch, 200 pound blueliner has 11 points in 19 games so far this season but, even more importantly, he’s obliterating opponents.

Check out this shift from last night’s game against the Oshawa Generals in which Okhotyuk delivers an old-school hip check on his opponent and then absolutely beats the wheels off a challenger in a scrap.

That’s so nice… I gotta see it twice: