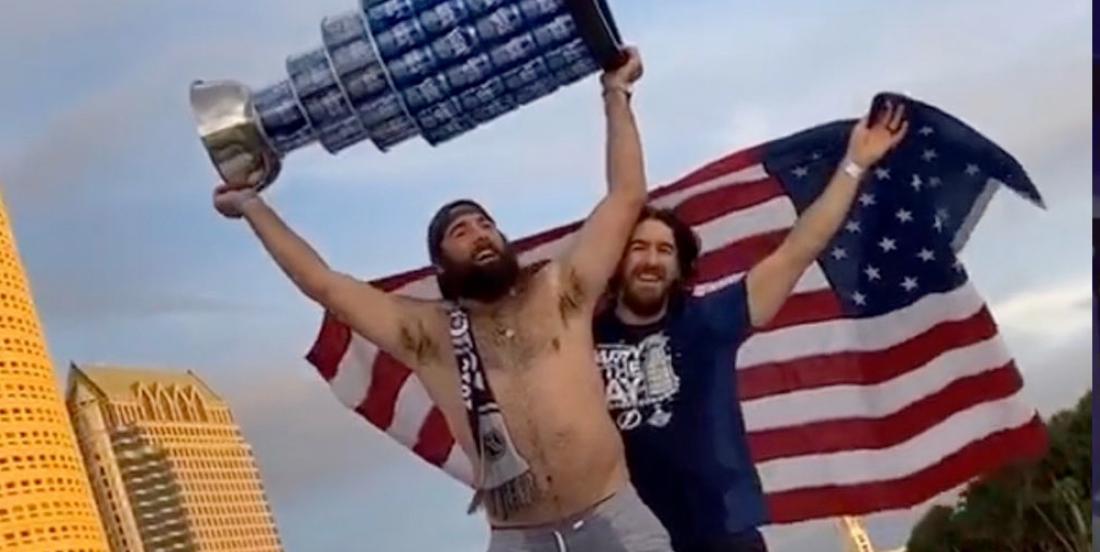 In case you missed it yesterday, the Tampa Bay Lightning were absolutely HAMMERED for their Stanley Cup boat parade in Tampa, Florida yesterday. I mean... just check out some of these shots:

It's probably pretty safe to say that the boys are feeling the effects today. And maybe no one more than the Big Rig himself, Mr. Pat Maroon. I mean... just watch this guy. He's absolutely GONE.

And then there's this... did... did Pat Maroon piss his pants?

More than likely Maroon spilled beer or champagne on his pants though. After all, the guy was literally dousing himself in alcohol all afternoon long. And here's a tip from someone who has maybe just a few nights of bing-drinking under his belt: there's no way you're standing up on a boat if you're so drunk that you piss yourself. It's physically impossible. If you get to the point where you're so drunk that you piss you're pants, you're probably already passed out.