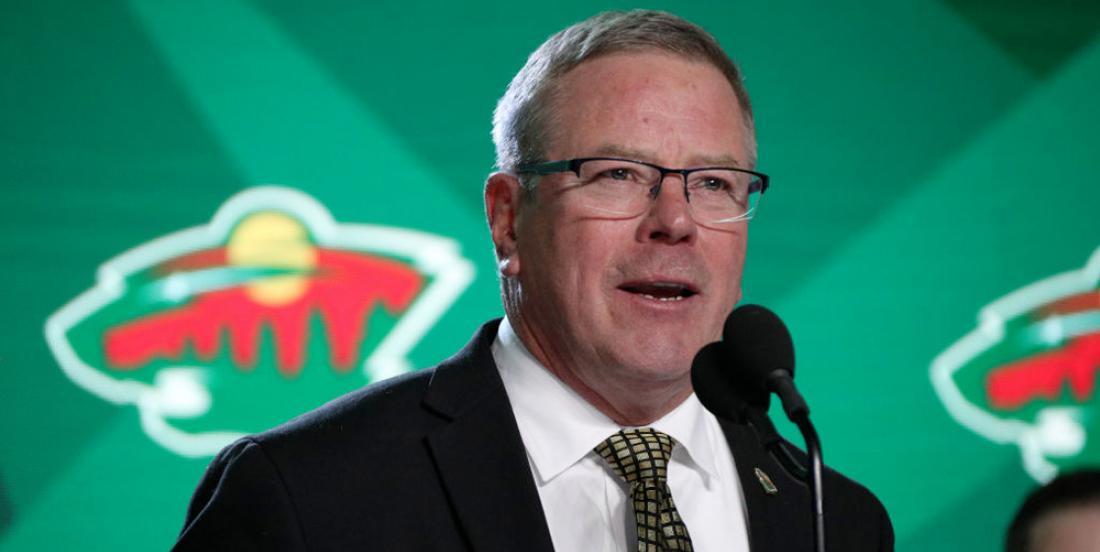 According to a report from NHL insider Craig Custance of The Athletic, former Minnesota Wild GM and Nashville Predators assistant GM Paul Fenton is back in the NHL after signing on with the Columbus Blue Jackets as a scout.

Fenton, of course, was unceremoniously dumped by Wild owner Craig Leipold after less than a year on the job for what essentially amounted to incompetence. Fenton made several bizarre transactions in his brief time with the Wild and reportedly created a cultural divide within the organization.

In other words: Heads up, Jackets fans.

In other Wild news, Fenton’s replacement, GM Bill Guerin, made some very pointed comments concerning his team's trade with the Pittsburgh Penguins and the now departed Jason Zucker.

In case you missed it last night, the Minnesota Wild traded forward Jason Zucker to the Pittsburgh Penguins in exchange for Alex Galchenyuk, a 2020 first-round pick and Calen Addison.

One thing's for sure, the Wild will be one team to watch ahead of the NHL's February 24th trade deadline.