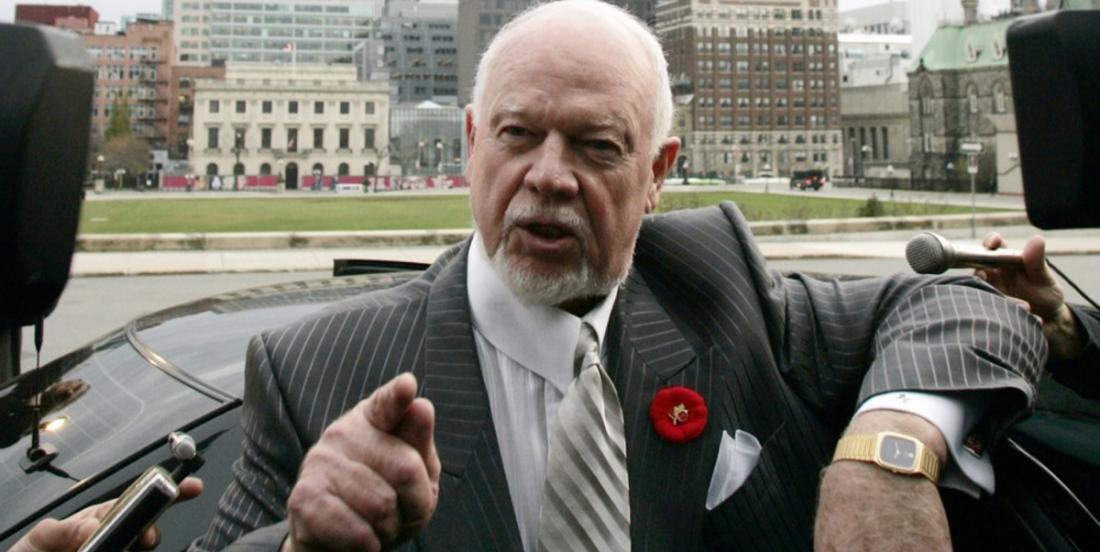 It seems that just about everyone associated with National Hockey League legend Don Cherry has done their best to distance themselves from the NHL's most controversial curmudgeon in the past few days, but if you thought that this would have any impact on Cherry you may end up disappointed.

Things got even worse for Cherry on Sunday when his longtime co-host and friend Ron MacLean also condemned the statements made by Cherry on Hockey Night in Canada. MacLean stated that he regretted not speaking up sooner, something that is of course much easier to say after the fact.

Regardless of how you feel about this issue I think it's fair to suggest that MacLean's words here ring a little empty. MacLean not only nodded as Cherry went on his rant last night but gave a thumbs up to Cherry at the end of said rant, and it seems like this comes now only as a result of the backlash that he and his employers have faced.

Finally late on Sunday evening we learned that Cherry himself had taken the time to respond to all the criticism, and as you would expect from Cherry the veteran analyst was not about to issue any kind of apology. Cherry spoke to Joe Warmington of the Toronto Sun and made it clear that there would be no apology and that he stood by what he said.

“I have had my say,” said Cherry on Sunday as per the Toronto Sun.

If you read the statement issued by both the National Hockey League and Sportsnet over the weekend there may be a good reason that Cherry feels no need to express remorse. Neither statement goes anywhere near suggesting that Don Cherry will be replaced, and Cherry may very well be confident that his job is safe and sound for the timing being. One thing is certain is that if Cherry is sticking around we are likely in for a very interesting episode of Coach's Corner come next weekend.

If you missed the original rant you can view it in our first report on this matter from earlier today.