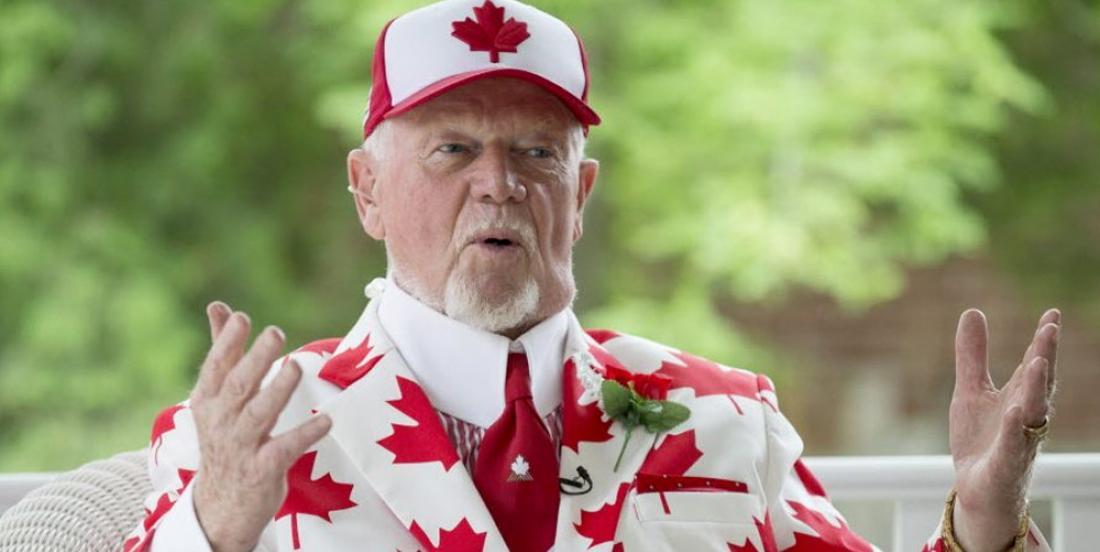 According to Grapes, the Cup is coming back to Canada!

Legendary NHL broadcaster Don Cherry stuck his neck out this weekend in making his Stanley Cup prediction. Not only did Grapes go off the board with his pick… he literally picked the 24th place team to  ring home the Cup to Canada.

Grapes could have gone with the Vancouver Canucks, Edmonton Oilers, Calgary Flames, Winnipeg Jets or Toronto Maple Leafs to bring home the Cup… but instead he went with the below .500 Montreal Canadiens. Why?

Check it out, from Grapes himself:”

”Naturally the clubs with the most points are favored to win the Stanley Cup when they start playing this summer. Bruins area favored at 11-2 odds. The team I wouldn’t want to meet in the 1st round is Montreal because of one guy. Carey Price. Lets face it; Carey has been ordinary since he signed the big contract. On July 2 2017, he signed an 8-year $84million(US dollars) extension. Now Carey can pay back Marc Bergevin for being so generous. In the short series he can steal it for Montreal; if he gets the feel and on a roll he could steal the Cup. Remember Patrick Roy? The Canadiens got a gift getting into the playoffs, so this could be Price’s last chance. He needs to put everything out of his brain and just get ready to play the game. If he gets into form, look out.”

Okay, so technically Grapes didn’t pick the Habs to win the Cup, but he’s throwing a lot of support behind them to beat the Pittsburgh Penguins in the “play in” round. Hell, he even compares Price to Habs legend and Hall of Famer Patrick Roy. That’s some high praise.

I’m one of the biggest Grapes fans around and agree with most things that come out of his mouth. But… picking the Habs to win the Cup in 2020? Not sure I see things the same way, Grapes!