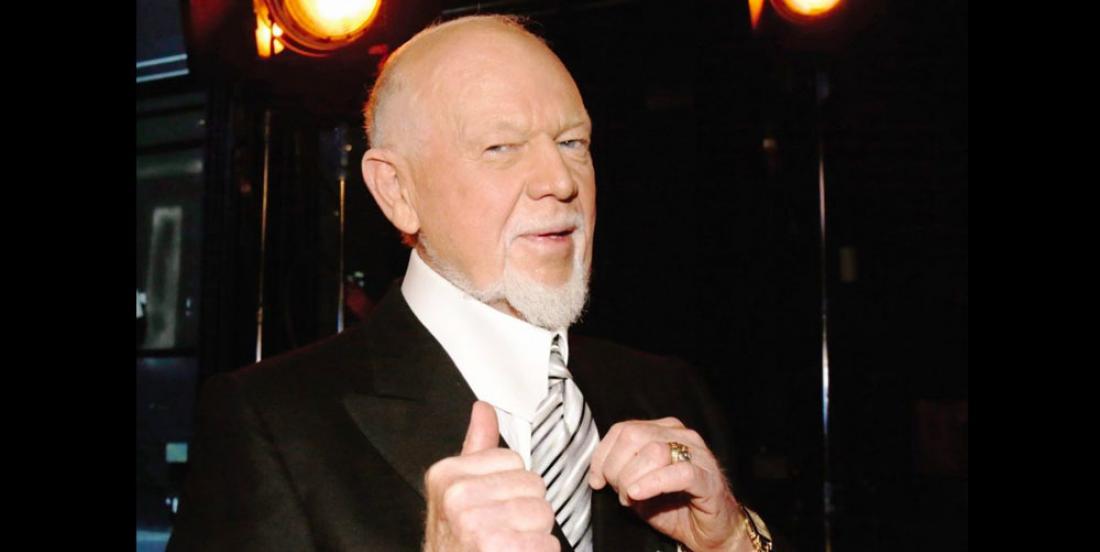 This just in courtesy of Toronto Sun reporter Joe Warmington, legendary Canadian hockey broadcaster Don Cherry is back in the game with a new podcast set to debut today!

Grapes will be reviving his classic “Grapevine” radio show, but this time as a podcast. Check out some of these quotes taken from Warmington’s column:

Don Cherry’s "Grapevine" is back once again. This time as a podcast.

Coach’s Corner may be “no more” as his one-time Hockey Night in Canada sidekick Ron MacLean announced on Saturday. Cherry was fired by Rogers and/Sportsnet/ for his “you people” who “come here” comment that was misunderstood and later spun as discriminatory.

Cherry wanted his opportunity to properly explain it. Now he is going to get that chance.

You read it right: Don Cherry and his no-holds-barred views are coming back on the air.

Tim goes on to say that while the show will debut as an audio only podcast, the group may expand it into a video format in the future. Episodes will be released every Monday and will recap the previous weekend's biggest stories from around the NHL. This new project will allow Cherry to talk about hockey and politics without fear of censorship or corporate meddling. If he wants to talk about poppies, he can. If he wants to talk about the troops or cops or firefighters or honour those who serve and protect us as Canadians, no one can tell him otherwise. Honestly, it's the a perfect arrangement for Cherry, especially given today's media climate. The truth is that it's simply a different world on-air and online than the one Cherry came up in. This new move should be beneficial for Grapes and for his fanbase.

It may not be Coach’s Corner, but at least Grapes is at least back in the game. Thumbs up!