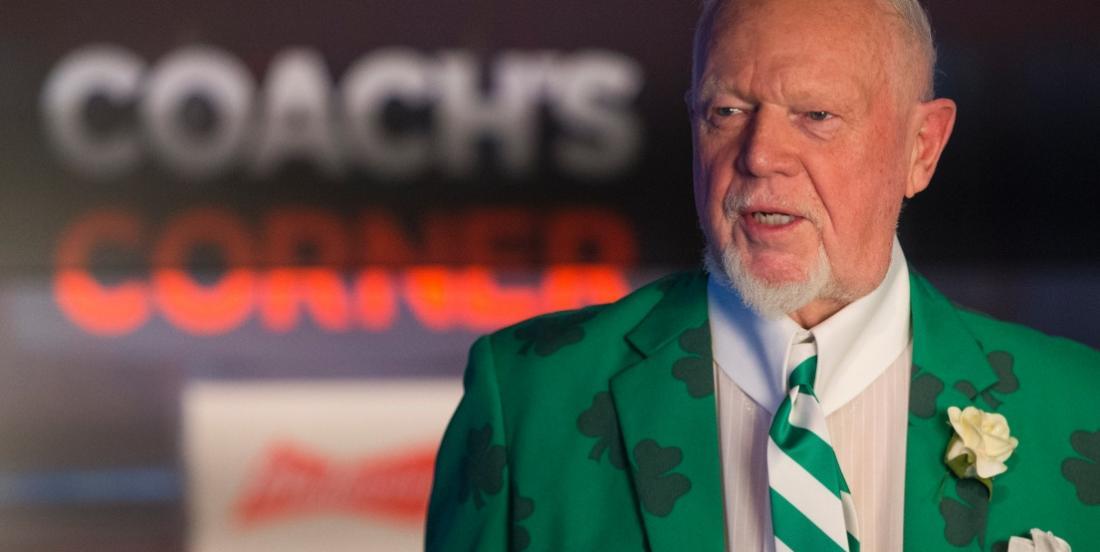 The National Hockey League's most veteran analyst has some thoughts about to the upcoming Stanley Cup Playoffs and those thoughts include his picks for the first round of the playoffs or what the NHL is calling the "Qualifying Round" this time around given the non-traditional playoff format they will be using. Cherry laid out his selections and a few reasons for each of the forthcoming matchups, here's a look at what the former host of Coach's Corner had to say.

Cherry is clearly concerned about the way that Andersen has traditionally been known as a slow starter, and he points to the shortened playoff format as the primary reason for his concerns.

"Especially a 3 out of 5. You lose the first game and it is pretty tough to make it back. But I am still taking Toronto."

"If I was betting on an upset this would be my upset. Montreal should go into the series thinking this is our last shot, and Carey Price should realize this is going to be his last shot at the Stanley Cup."

The x factor here according to Cherry will be the Habs goaltender. Cherry is putting a lot on Price's shoulders here but he believes that if Price can find the world class form that made him a huge name in the NHL the Habs will have a shot.

"If he ever turns into Carey Price he can win the series by himself. So if I am ever picking an upset... that will be the upset."

In spite of his belief in the Habs to pull of the upset however, Cherry admitted that he would pick Pittsburgh if push came to shove. The x factors for Pittsburgh will come as no surprise with Cherry naming Sidney Crosby and Evgeni Malkin as the two players likely to carry the Penguins to victory.

Cherry's first comments regarding this series was to lament the fact that he does not expect there to be much physicality from either team.

"I would like to see anybody get hit in this series."

Other than that Cherry seemed pretty confident in regards to who would come away from this one the victor. Like many Cherry cited the fact that the Rangers hold a 4 - 0 record over the Canes in the regular season.

"I'll bet New York Rangers on that one."

This one seemed to be a more difficult choice for Cherry with the long time broadcaster admitting that he likes both of these teams here.

Like in the series with the Habs, Cherry said that a goaltender could prove to be the difference, although he had significantly less confidence when discussing Panthers goalie Sergei Bobrovsky.

"If he ever reverts to the way he was a couple of years ago, if he ever gets hot he can win a series by himself, but maybe he's happy with the $10 million dollars."

In the end though Cherry had to make a pick and he sided with the New York Islanders, predicting both teams from New York to advance in these 5 game series.

"I'll go with the Islanders."

Interestingly enough Cherry believes that being at home will give the Oilers something of an advantage, and of course the addition of Connor McDavid and Leon Draisaitl to that mix certainly doesn't hurt.

My main take away from Cherry's comments on this series was just how down Cherry was on Predators goaltender Pekka Rinne.

"Rinne he starts off good and then he dies in the playoffs."

In spite of his doubts about Rinne however Cherry is picking the Predators to win this one.

Cherry believes this will be one of the closer series on the schedule.

In spite of Cherry feeling this series is close he did point to few advantages on the part of the Canucks, notably goaltender Jacob Markstrom and head coach Travis Green.

Cherry believes that Connor Hellebuyck will be the difference maker here, calling him the best goaltender in his opinion.

"Hellebuyck is the best goaltender, he had the most shots on him, and if he is 100% that is gonna be something."

Another prediction from Cherry regarding this series is he expects it to be among the most entertaining for fans of physical hockey.

"This is gonna be a rough series don't miss this one."

Perhaps for this reason Cherry refused to make a pick.

What do you guys think? Do you like Cherry's picks? Let us know your thoughts, and your picks, in the comments below.