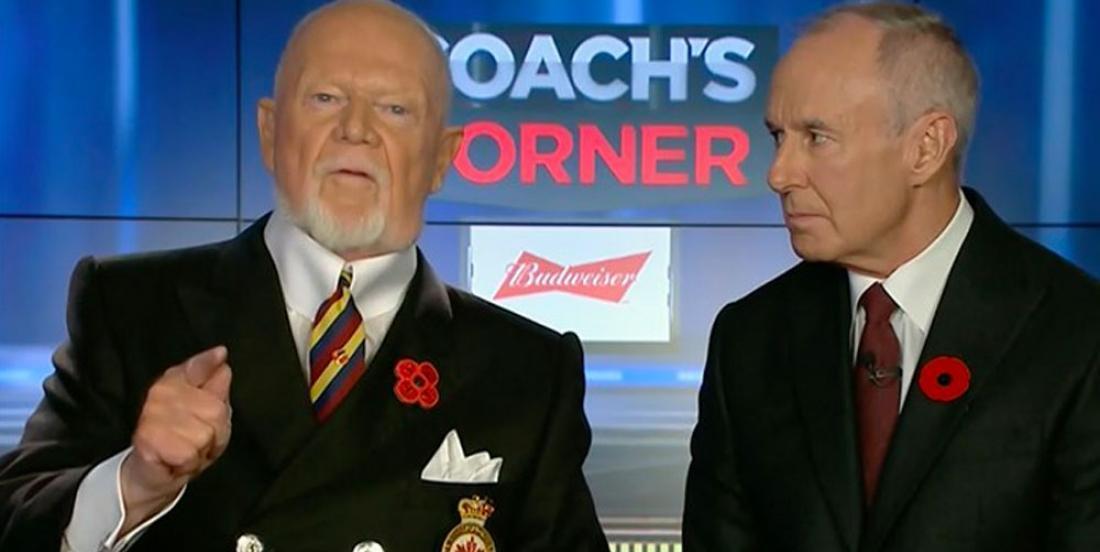 Don Cherry saying the exact same thing that got him fired, but 22 years ago

An old video emerges that has fans asking, “What’s changed?”

It’s been exactly one week since legendary Canadian broadcaster Don Cherry was fired by Rogers Sportsnet and the storm of controversy surrounding his firing still hasn’t died down. Cherry, of course, was dismissed from his position on Hockey Night in Canada for making divisive comments about immigrants and newcomers to Canada who do not wear a poppy to show support for Canadian veterans.

Those words generated enough outrage online to the point where Rogers felt they had no choice but to dismiss Cherry from his job. But here’s the thing… this wasn’t the first time Cherry called out “you people” for not wearing a poppy.

A Facebook page called “Politikal Memes” uncovered and posted a video of Grapes saying literally the exact same thing that got him fired from his job, but 22 years earlier in 1997.

Now fans are asking, "What gives? What's changed?" Well, we obviously live in MUCH different times in 2019 than we did in 1997. The fact is that while the world around him has changed for better or for worse, while Grapes has remained himself. You can see that as a man staying true to himself, or as a man simply being stubborn. The truth probably lies somewhere in between.