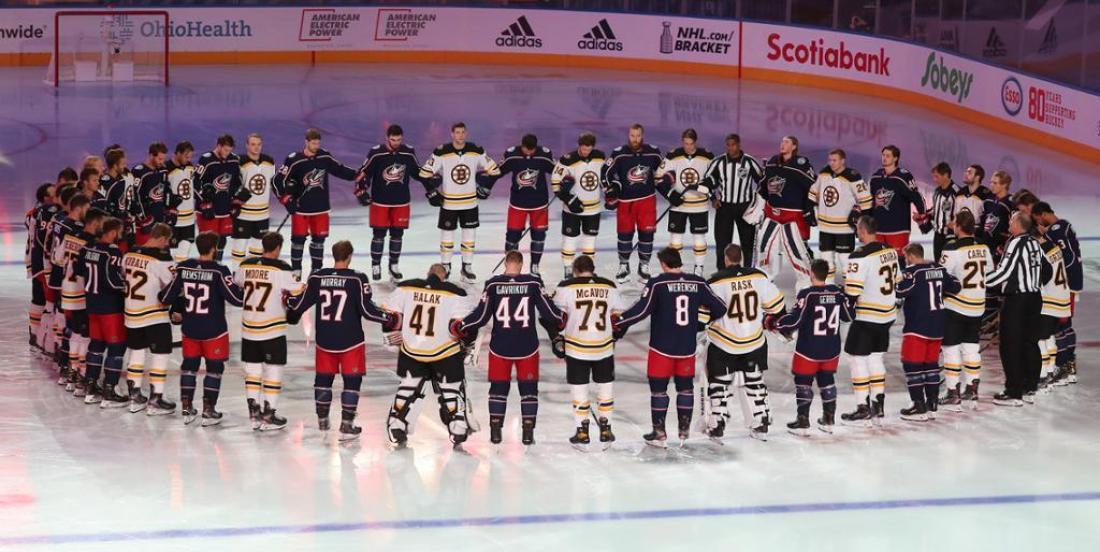 The NHL is taking a different approach than other leagues in how they show support for social justice.

And it seems to please one guy easy to hate, President Donald Trump’s son, Eric.

On Thursday night, every single NBA player took a knee during the anthem to shed light on social injustices going on in the country. We’ve seen it in the MLB, NBA, MLS and WNBA: a slew players kneel during the anthems.

However, not one NHL player has knelt so far during their season restart.

They have made the decision to stand together. During an exhibition game between the Pittsburgh Penguins and the Philadelphia Flyers on Tuesday everyone on the ice stood during the playing of the national anthem. Most teams followed suit during their respective exhibition contests from Tuesday to Thursday.

What Eric Trump loves about this, is the standing. He does not seem to give a crap about the message and reasons behind it.

Akim Aliu had the perfect answer for Trump's comments:

On Friday the NHL announced they were going to honor Black Lives Matter and frontline workers when the postseason begins on Saturday by having players wear “#WeSkateForEquality” helmet decals and sweaters with the hashtag and the name of a person or movement they are representing.

Let’s hope Eric does not watch or comment on games… Go back to politics, even though you suck there too, Eric!