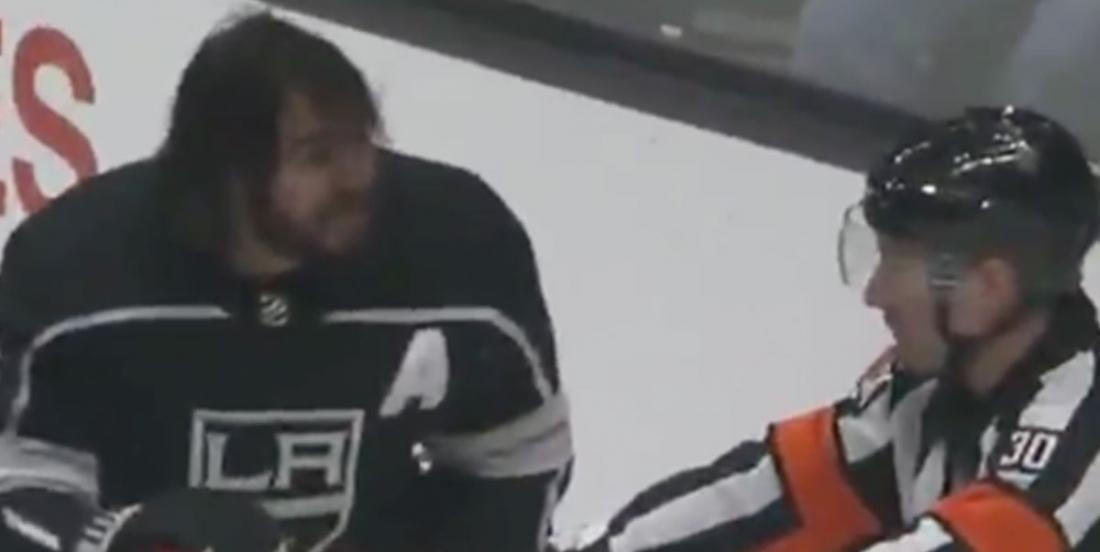 It was a rough night for the Los Angeles Kings as the Ottawa Senators rolled into town and won by the final score of 4-1 on Thursday night, but it was an even tougher evening for star blue liner Drew Doughty. And unfortunately for him, it was all caught on mic...

Doughty was mic'd up for the whole contest against the Senators, in which he ended with a -1 rating. He did manage to fire two shots at Anders Nilsson but no much came of it. He did entertain fans however as he was mic'd up and gave the best reaction to the referee when he was called for holding during the first period.

Doughty wasn't a fan of the call, and it's quite hilarious to see him immediately turn all of his attention to the referee as soon as he said the penalty would be on him.

Right before the scuffle takes place near Kings goalie Jonathan Quick, you can actually hear Doughty letting him know that the puck is at his feet. Then Doughty is ready to fight with Senators' Brady Tkachuk, who shoved him to the ice, but stops short and immediately talks to the referee to understand why he is the one being punished on the play.

Later, after he gets out of the box, Doughty is heard once again shouting at the referee, pressing the fact that it was Tkachuk's fault.

The Kings can't however blame the Senators' rookie for the team's performance so far this season. Los Angeles sits in last place in the league entering play Friday night... we can surely hear the frustration in Doughty's mic'd up segment.