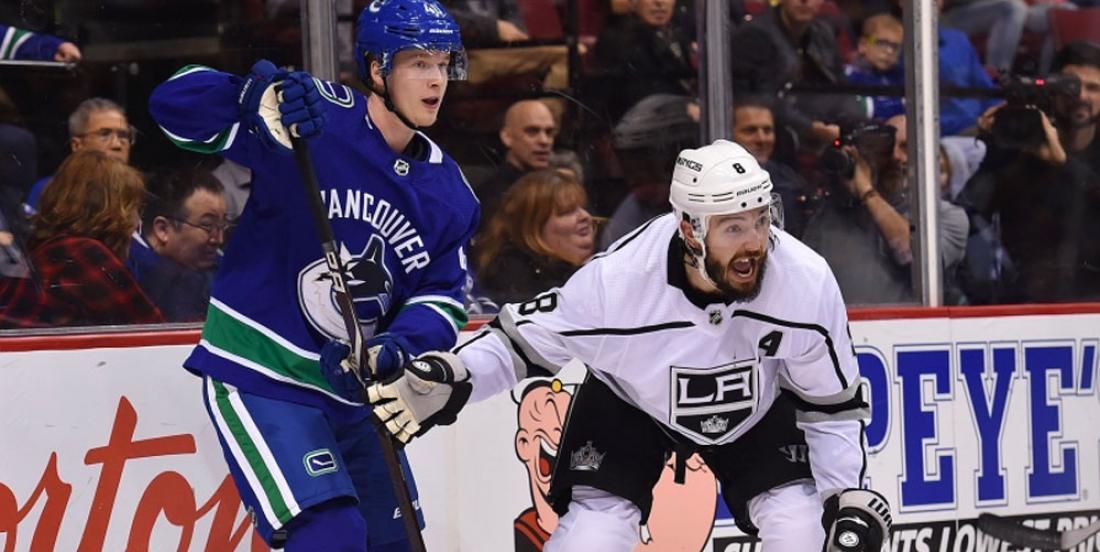 Doughty continues his tirade against the entire Pacific Division.

In case you missed it Tuesday night, the Los Angeles Kings managed to get past the Calgary Flames with a 4-3 win, thanks to superstar defenseman Drew Doughty’s OT winner.

And if you think that was enough trash talk for Doughty this week… think again. The outspoken blue liner went off on his own team and even threw some shade at the Vancouver Canucks following last night’s humiliating 8-2 Canucks win over the Kings.

When asked about his team’s performance, Doughty was blunt saying:

One thing’s for sure… you can bet that Doughty will have a microphone in front of him after EVERY Kings loss this season.