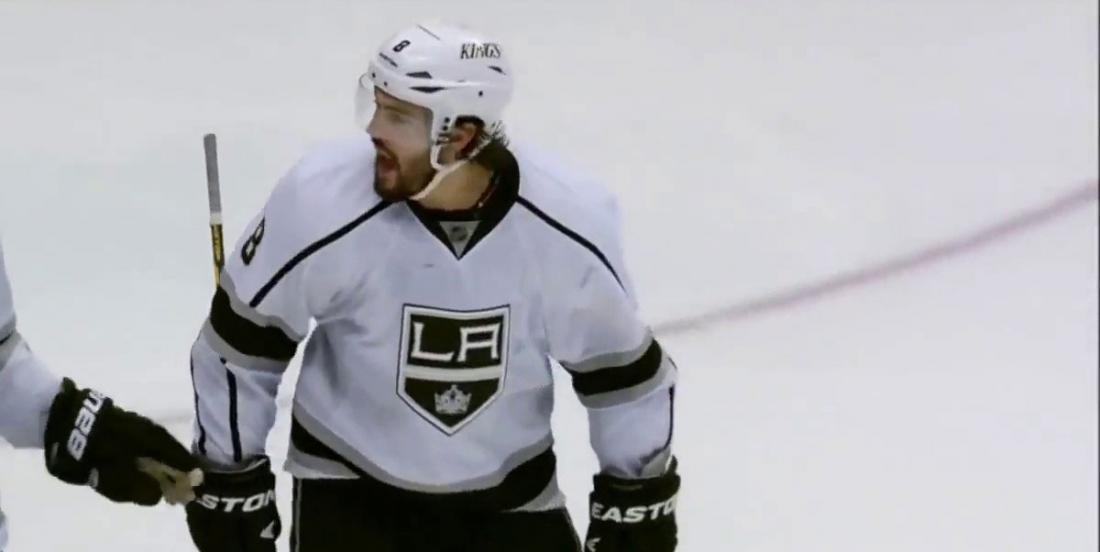 This reports makes us cringe. You can just feel how awkward things will be in the Los Angeles Kings' dressing room... The Kings dropped to 10-18-1 on the season with Thursday's loss to the New Jersey Devils and sit last in the NHL with just 21 points through 29 games, and it's been clear since the start of the season that the Kings aren't contending this year.

Star defenseman Drew Doughty, who signed a lucrative eight-year contract extension in the summer, dropped to minus-9 on the season in the loss and was heard blaming the the team's compete level as their most significant problem in their woes.

“I don’t really have too much to say,” Doughty told the Los Angeles Daily News. “It’s pathetic, it’s embarrassing, it’s frustrating. It’s one thing to lose games when guys are competing; you can live with that. And you can live with doing good things.

“But when we’re not playing well, we’re not competing, you can’t live with it and we haven’t lived with it since it started happening. It’s going to take everyone to get us out of this, not just three or four guys.”

The Daily News pressed a little more, looking to get more of Doughty's input on the club's struggles, but Doughty remains blunt and negative.

“How are we losing to these teams?” Doughty added. “It’s not acceptable.”

His comments were heard, alright...

A few changes were made in Los Angeles, including the arrival of interim coach Willie Desjardins, who took over for John Stevens after he was fired. When the new head coach was told about Doughty's comments, he didn't have much to say about them, but did say they sounded fair.

“Yeah, I think they’re fair comments,” he said. “We had a bad start to the second period, I thought we let them get going a little bit. We got a power play in the third and didn’t get anything on it, they got a power-play goal, so it seems like a little bit the same story.

“They certainly had the breaks going their way tonight.”