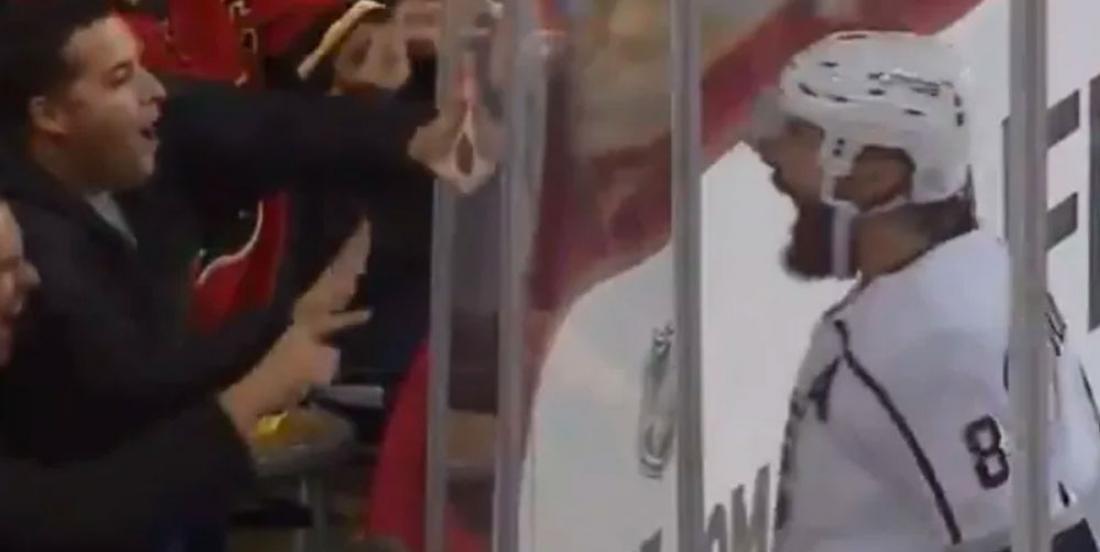 This is just getting worse…

On Tuesday night, the Los Angeles Kings earned their first win of the season, getting past the Calgary Flames with a 4-3 win, thanks to superstar defenseman Drew Doughty’s overtime winner.

Doughty earned his fair share of headlines this week in Calgary after making several statements about Flames youngster Matthew Tkachuk in the days leading up to last night’s contest. Doughty refused to comment anymore on Tkachuk at game time, adding that “everybody knows” who the better player is between himself and Tkachuk.

We have to admit that Doughty did put his money where his mouth is in the game, scoring the OT winner and silencing the Calgary crowd as he went on to shout obscenities at them. Doughty clearly said something that rhymes with, “Pluck my stick!” to Flames fans during his OT goal celebration.

After the game, he explained why he did the spirited celebration, noting how he relished the opportunity to send the fans home with a loss.

“Oh yeah. As much as I love getting booed every time I touch the puck, you kinda wanna shove it in their faces,” he said in the dressing room, via TSN. “And before that overtime started I knew I had a great opportunity and I was like, ‘Every time I get that puck I’m ripping it.’”

He simply wanted to shove it in Flames fans’ faces… This rivalry has definitely gone up a level!