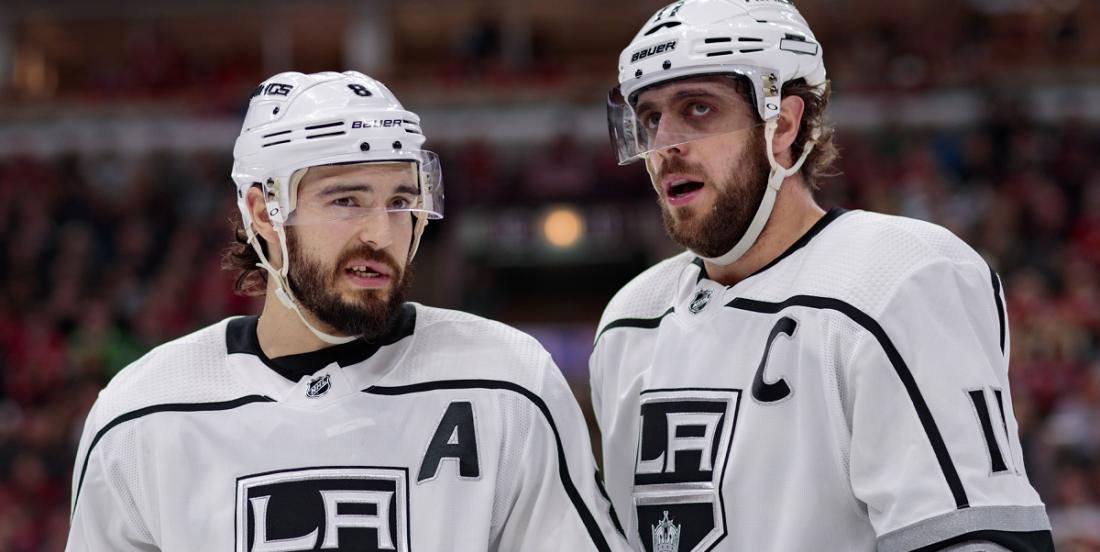 Saturday night saw the rivalry between the Los Angeles Kings and the Calgary Flames be renewed once again and like all of the other games that have come before this one, this one managed to settle absolutely nothing.

The Flames would walk away with a victory in the end, eventually beating the Kings by a margin of 4 - 3, however there was so much bad blood over the course of this game that it is hard to imagine a world in which this rivalry so much as slows down. The game featured plenty of back on forth both on the scoreboard and in terms of physical play as well, including an incident that saw the Kings' Kyle Clifford challenge Flames forward Zac Rinaldo to a fight during a commercial break after a huge hit from Rinaldo, but the focus after the game remains on two players in particular. I am of course referring to Los Angeles Kings star defenseman Drew Doughty and Calgary Flames star forward Matthew Tkachuk.

The two men did not appear to cross paths in any kind of overt way on Saturday night but that did not prevent Doughty from making some rather uncharitable comments at the expense of his opponent. The rivalry between Doughty and Tkachuk has been a rather fierce one so I supposed it should come as little surprise that Doughty did not have anything nice to say about him. That being said Doughty may have gone a bit far when he implied that Tkachuk could never so much as dream of comparing to the Kings' defenseman.

"You know a guy that kind of thinks he is really good, but isn't," began Doughty. "Pisses me off on the ice to be honest but I'm over him. To be honest he thinks he's something but he's not even getting close to anything I've done in my career."

There is certainly some validity to Doughty's comments given just how decorated of a player he is, but he is also considerably older than Tkachuk at this stage of his NHL career. That being said Doughty did admit that Tkachuk gets under his skin so I suppose that is about as big a compliment as you can pay a player like Matthew Tkachuk as well.

This rivalry is far from over.