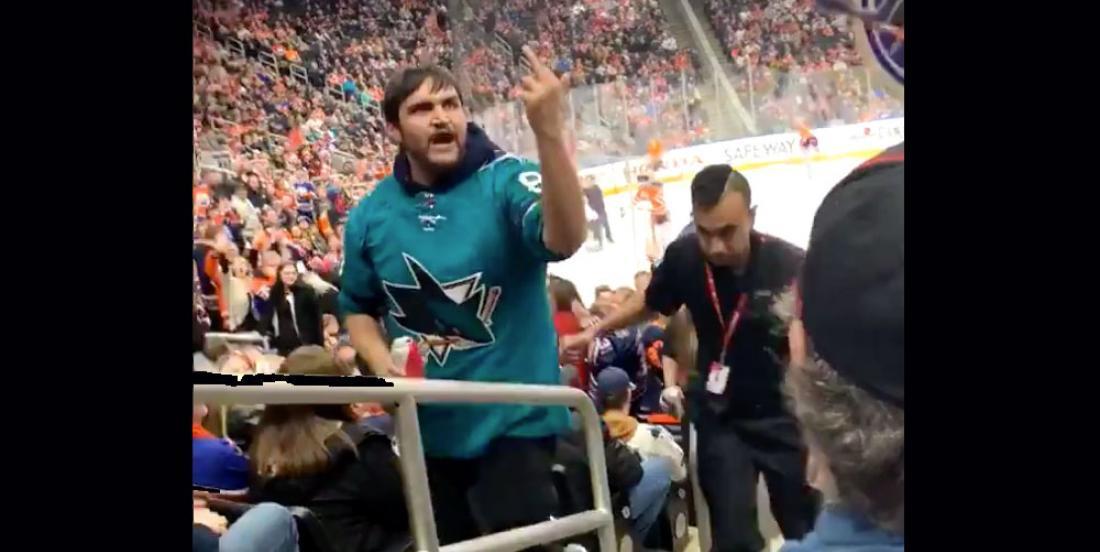 The Edmonton Oilers did not manage to get the better of the San Jose Sharks last night, losing 6-3 at Rogers Place, however, it seems like the fans wearing orange and blue got under the skin of one particular rival fan.

Someone in the stands filmed as one Sharks fan, who clearly had a few drinks to celebrate his favourite team’s performance, was removed from his seat and escorted out of the building.

Oilers fans sitting around him took this opportunity to taunt him, which he did not appreciate. As the ejected fan got close to the exit, near when the camera was shooting the action, he tossed his beer in an Oilers fan’s face.

We bet that did not sit well with security, who was already busy removing him from the stands.

Come on guys, it’s hockey. Keep it clean in the stands!