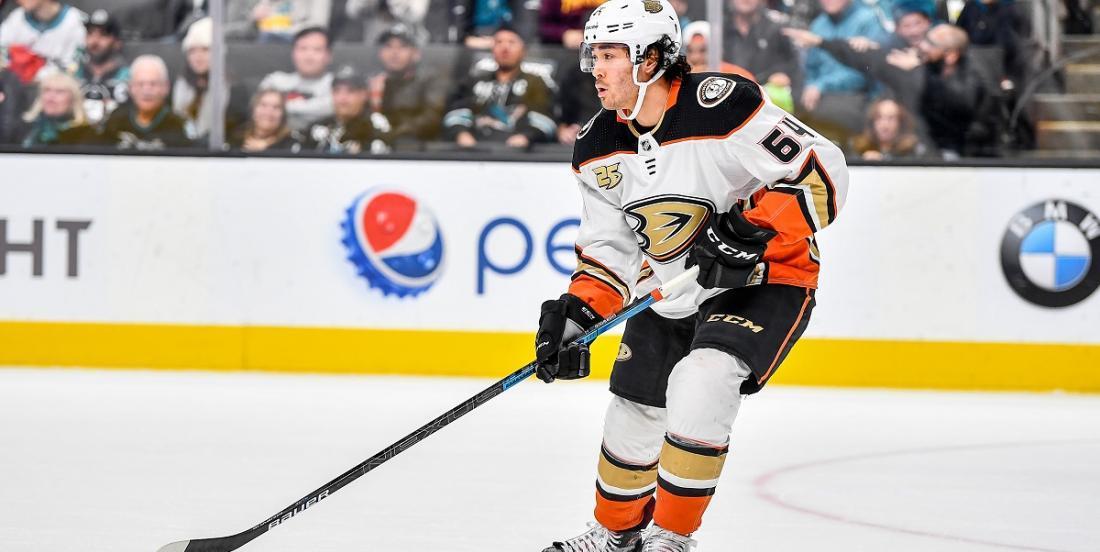 We have a bit of a strange one to report here, and some are already speculating that this has been a purely cold blooded move on the part of the Anaheim Ducks organization.

According to a report from TSN National Hockey League insider Pierre LeBrun the Anaheim Ducks have placed 24 year old forward Kiefer Sherwood on waivers today, presumably for the purpose of demoting him to the American Hockey League's San Diego Gulls. It is an incredibly strange move given that the Ducks clearly do not need the roster space consider the 2019 - 2020 National Hockey League regular season is currently suspended, and it becomes even stranger when you realize that the San Diego Gulls have already suspended their season as well, with some even speculating that the AHL season could be cancelled outright.

That of course leaves the question of why was this move done at all? Unfortunately I think I know the answer and although I do not want to paint the Ducks in a negative light if this is not indeed the case, I can't think of any reason for this move other than a cold blooded desire to save money. The Athletic's James Mirtle also seemed completely confused by the move when it was announced today.

Mirtle was clearly being diplomatic here because when he was pressed by one of his followers on social medias regarding whether or not this was simply designed as a money saving measure he answered in the affirmative.

It is a strange move given the context that the Ducks were among the first teams in the National Hockey League to pledge to continue paying their arena workers during the stoppage caused by the coronavirus outbreak and it almost makes you wonder what Kiefer Sherwood could have possibly done to deserve this kind of treatment from the organization. Of course I must state again that we are only speculating on the reason behind this move, although again I can not wrap my head around why this would have been done at this time for any reason other than money.