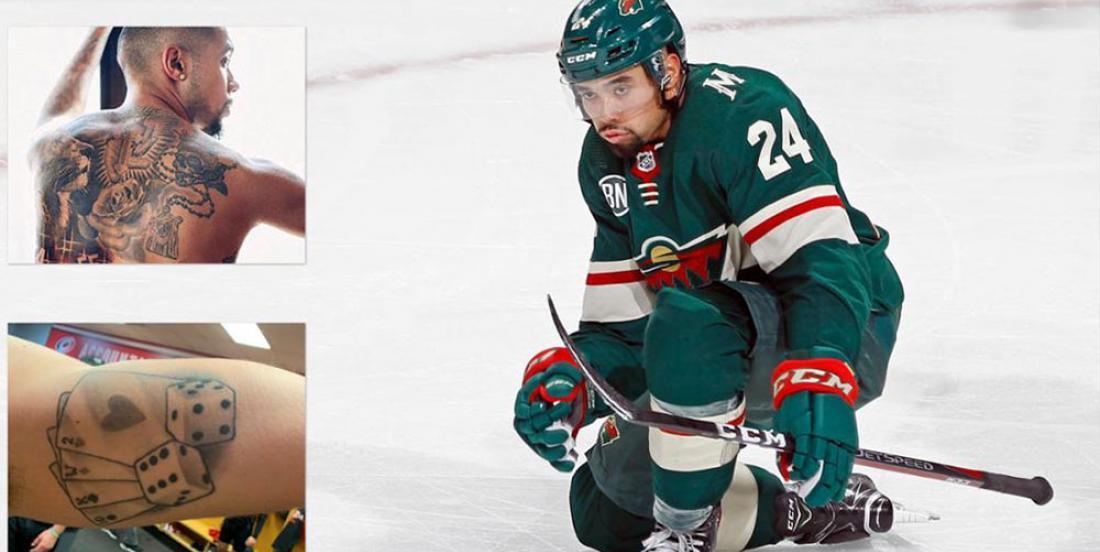 Matt Dumba doesn’t talk about it often, but for some reason he’s been compelled lately to tell the story of his friend Kale Williams.

Dumba first met Williams when the two were just kids. Dumba was starring for the Red Deer Rebels of the WHL and Williams, whose father was employed by the team, was a big fan. The two connected right away and, as Dumba’s Rebels teammate Haydn Fleury (now of the Carolina Hurricanes) tells it, Williams was “the life of our team parties.”

“No one knew that he was hurting like that,” said Dumba, who was 18 at the time.

Now, in an effort to raise awareness for mental illness, Dumba is sharing Williams’ story and finally sharing the reasons why he decided to have a tribute to his friend inked on his body.

The tattoo features a skull with an Afro and a pick in it. On the skull is a chain with a small Jesus piece around the neck because he and Williams liked to rap together.

“A lot of cultures use a sugar skull for a celebration, like they grieve through the celebration of that person’s life,” Dumba said. “That’s why I put it there. He was always the happiest kid ever. You see him dancing. Really funny. Witty kid.”

As for the Williams family, they see what Dumba and Fleury are both doing to spread awareness for mental health issues and they see it as their son’s legacy.

“I guess in a way that is Kale’s legacy,” said Williams, Red Deer’s vice president of marketing and sales. “The fact that those guys in their position are still talking about it means that mental health is getting out into the public and it’s not such a stigma anymore. Before if you had a mental health issue it was kept quiet because they were embarrassed. We have learned through Kale that it’s nothing to be embarrassed about. It needs to be talked about.”