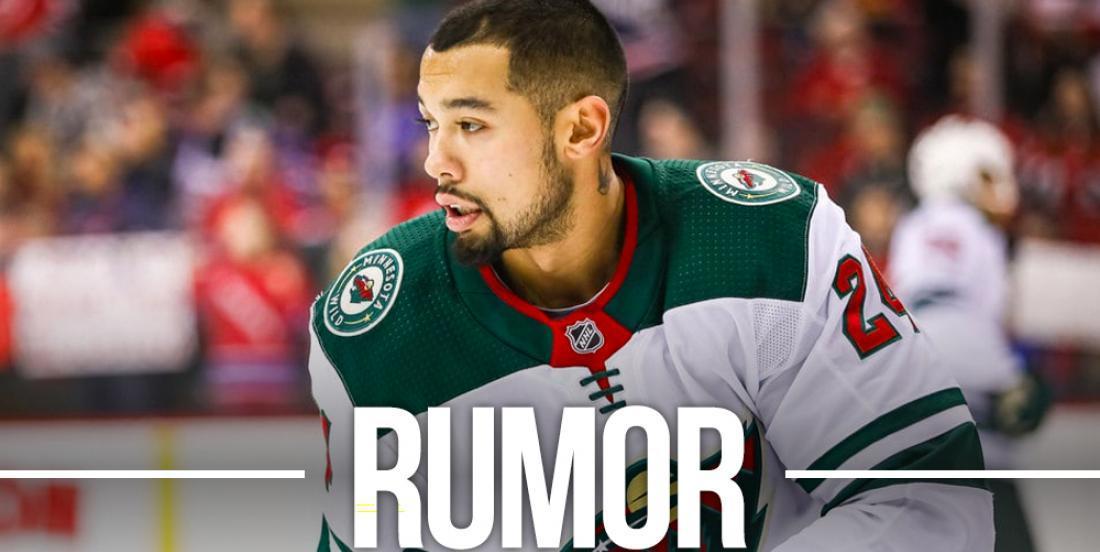 In case you missed it yesterday, the Minnesota Wild traded veteran forward Eric Staal to the Buffalo Sabres in exchange for forward Marcus Johansson in a rare "one for one" deal.

Now, less than 24 hours later there are rumours that Wild general manager Bill Guerin is looking to make an even bigger splash on the trade market by shopping star defenseman Matt Dumba. In his latest 31 Thoughts column for Sportsnet, NHL insider Elliotte Friedman links Dumba to several teams including the Winnipeg Jets, Vancouver Canucks, Calgary Flames and Toronto Maple Leafs.

The most obvious interest (to me, anyways) would come from Winnipeg. The Jets are screaming for a right-shot defender. He fits their mold: cost-controlled with term. But barring the involvement of another team, they can’t do it for a centre. Would Minnesota be tempted by a skilled winger, instead? Same with Vancouver. Dumba fits the idea of what the Canucks are looking for, but, again, a centre in return would not be an option and I’m not convinced they want to do a Brock Boeser deal.

Calgary could do it. When Paul Fenton was Minnesota’s GM, he pursued William Nylander hard (this was before Nylander signed), but the Maple Leafs weren’t inclined to do it then, and I’m not convinced that’s changed.

Friedman's counterpart over at TSN, Pierre LeBrun, feels that the Jets are frontrunners to acquire Dumba.

Toronto and Winnipeg are among the teams with needs at the top-4, RHD position and my understanding is the Jets have a genuine interest. Problem is, not only do the Jets not have a top-six center to trade, they’re looking for one themselves this offseason.

Is there another way for Winnipeg to entice Minnesota? Could the Wild live with winger Nikolaj Ehlers in return, a player who happens to have the exact same cap hit, $6 million, as Dumba?

For what it's worth, Guerin has been non-commital about whether he will or won't trade Dumba this offseason. He did however refuse to give Dumba an "empty promise" and wouldn't dismiss allegations that he has been shopping the star defenseman around the NHL to other GMs. Where there's smoke, there's usually fire. So don't be surprised if Dumba ends up making big time headlines this offseason.