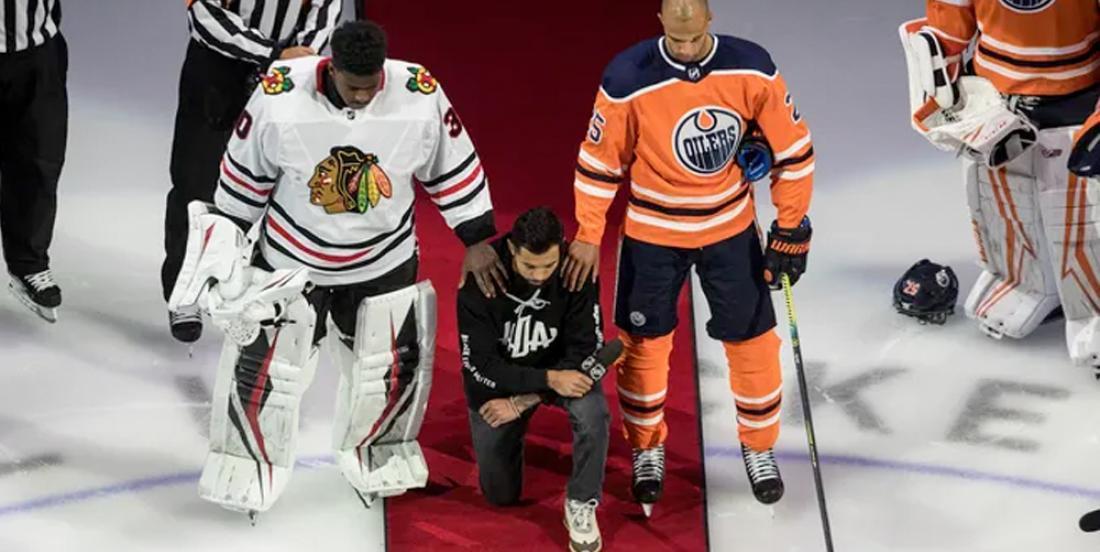 Minnesota Wild defenseman Matt Dumba has been awarded the King Clancy Memorial Trophy by the NHL for his leadership qualities on and off the ice and his humanitarian contributions to his community.

Dumba, of course, is the first NHLer to "take a knee" in silent protest during the singing of the National Anthem. He also gave an impassioned speech prior to the opening of the NHL's Qualifying Series and has outspoken in his support not only for the Hockey Diversity Alliance (HDA), of which he is a director, and the Black Lives Matter (BLM) movement.

As the recipient of the 2020 King Clancy Memorial Trophy, the National Hockey League Foundation will donate $25,000 between Athletes Committed to Educating Students (ACES) and the Hockey Diversity Alliance (HDA).

Agree or disagree with Dumba's protest and his statement regarding equality in the NHL, the man has done so much good for his community away from the public's eyes.

Dumba is in his fourth season as the Wild's ambassador for ACES serving as an e-mentor to youth, and providing Wild suites for ACES students and families to attend games. This season, he donated $5,000 to ACES during Give to the Max Day and made an additional donation on March 23 to more than 60 ACES families that have been impacted by the COVID-19 quarantine to help provide immediate and basic needs. The blueliner reflected on his 2019 trip to Australia and announced via his Instagram that he would donate $100 for every point the Minnesota Timberwolves (NBA) scored in their game on Jan. 7 to the New South Wales Rural Fire Service to help combat the fires and to care for the victims. The Timberwolves fell to the Memphis Grizzlies, 119-112, and Matt donated $11,200 to the cause.

Other notable charity causes Dumba contributed to this season included a surprise trip to Minnesota for his family friends, Melanie and Brian Biccum, for the Wild's Hockey Fights Cancer Awareness Night as Melanie was diagnosed with Lymphoma in 2019. Dumba also adopted his dog, , during the COVID-19 quarantine from Coco's Heart Dog Rescue, a Minnesota organization the Wild has partnered with as part of their Adopt-A-Dog program.