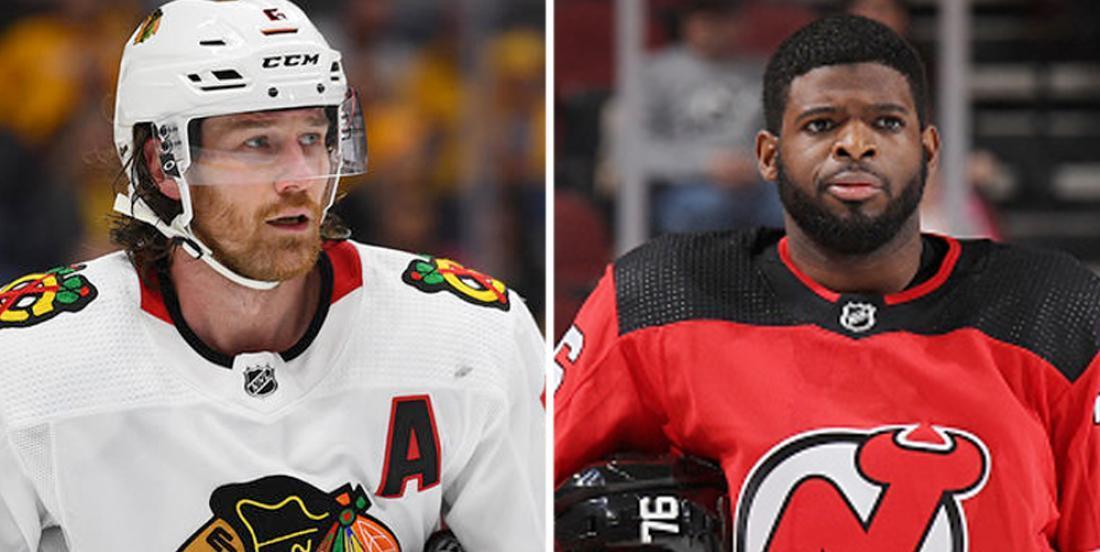 With the Chicago Blackhawks back in the (unofficial) playoffs these days, it’s almost like going back in time a decade or so. A decade in which the Blackhawks established themselves as a modern day dynasty, winning three Stanley Cups from 2010-2015.

As promising as things may be for the Blackhawks on the horizon now, they simply aren’t the team they used to be. Sure, Dominik Kubalik is great and other youngsters like Adam Boqvist and Kirby Dach look great, but you simply can’t compare those guys to players like Patrick Kane, Jonathan Toews, Duncan Keith and Corey Crawford in their prime. In fact, you can’t even compare those players themselves today to their previous selves.

Take Keith, for example, the once perennial Norris Trophy contender and 60+ point blueliner put up just 27 points this season, his lowest total since his rookie season way back in 2005-06. He’s simply not the player he used to be. The 37 year old blueliner has seen and done it all in the NHL and on today’s episode of the Spittin’ Chiclets podcast he had some advice for NHL defensemen who are struggling to stay relevant. In particular, Keith shared a story about the advice he gave fellow Norris Trophy winner P.K. Subban.

“Look at all the guys who are the top defensemen in the league and you have to have a lot of points to be talked about like that and that’s fine. I’ve always prided my game on being good defensively and it’s tough to be good defensively on a team where you spend most of your time in your own end and I’ve always kind of understood that.”

“I remember talking to P.K. Subban one year and I said, ‘You get a lot more recognition when you’re on a good team. It’s all about the team and everybody gets success individually,’ but I’ve always still believed in myself as a player and what I can do and there’s been some times over the last couple of seasons where some frustration has set in. We had a pretty bad team there… we had an accountant in net for fucks sakes… it was just a bad year. It was just that time in the organization where we were so good for so long and then all of a sudden we’re not the team we used to be so I think I let that affect my game for a few years.”

Sage advice from a future Hall of Famer.