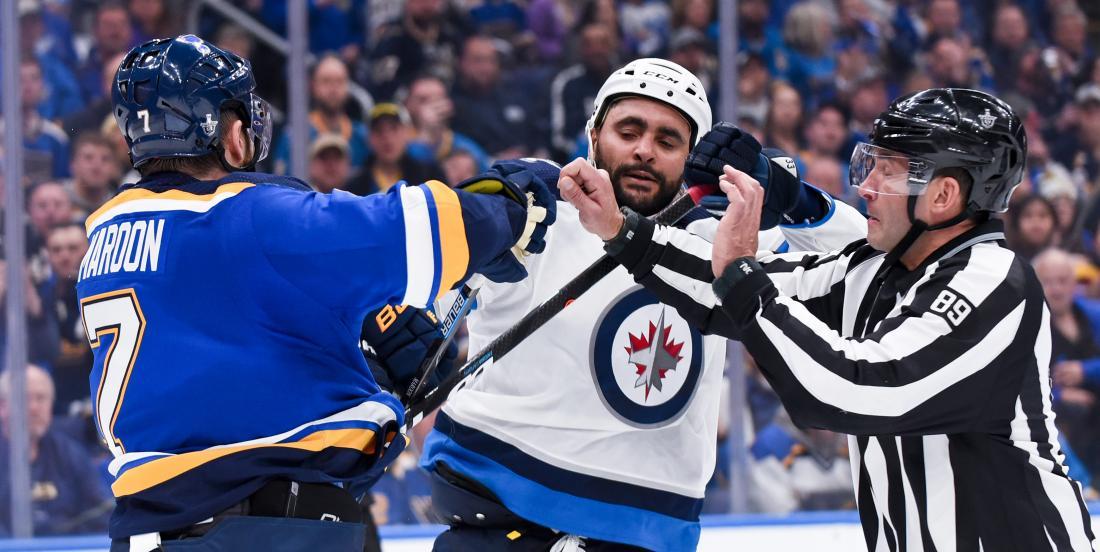 After eight seasons as a member of the Winnipeg Jets, Dustin Byfuglien is now a free agent, one year earlier than expected. According to a Tweet from NHL Public Relations, Byfuglien's contract has been officially terminated.

"The National Hockey League and National Hockey League Players' Association announced today that the Winnipeg Jets and player Dustin Byfuglien have mutually resolved the grievance filed by Mr. Byfuglien following his suspension by the club in September of 2019. Pursuant to the agreement, Byfuglien's standard player contract with the club has been terminated, effective immediately."

On September 13, 2019, Byfuglien was granted an indefinite personal leave of absence by the Winnipeg Jets. However, he was later suspended by the Jets for not returning to training camp, though later reports indicated this was for salary cap relief. He underwent surgery for a high ankle sprain in late October, 2019, without direct involvement of the team. Byfuglien's camp claimed that surgery was a result of injuries suffered during the previouos regular season and playoffs and the Jets should have paid for it. Winnipeg claimed Byfuglien had been given a clean bill of health at the end of the 2018-19 season. This is what led to the grievance being filed.

On February 24, 2020, the Jets announced that Byfuglien would not return for the remainder of the season. Byfuglien is now free to sign with whatever team he wants.