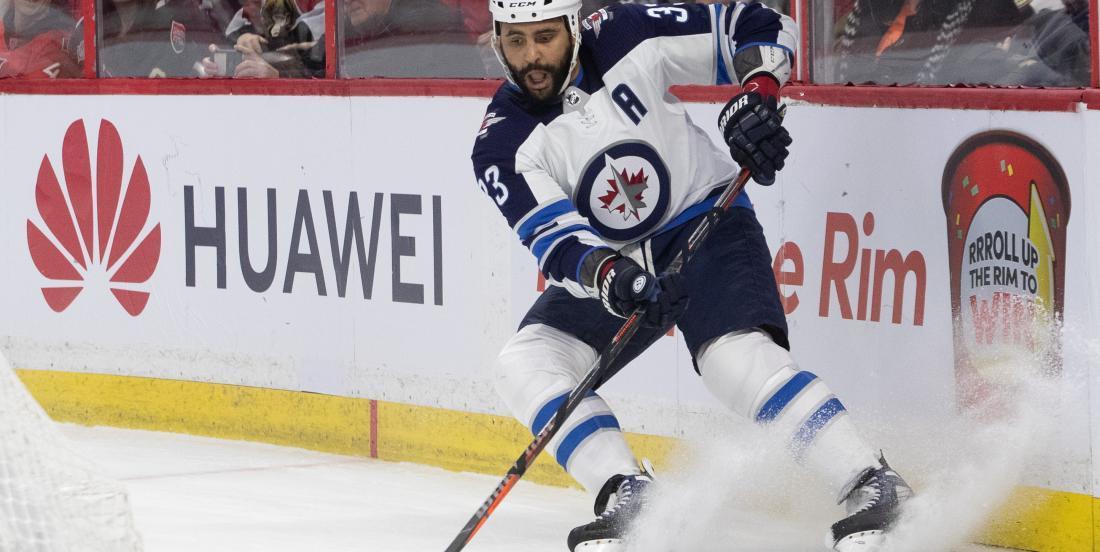 After it was recently reported that the Winnipeg Jets and M.I.A. defenseman Dustin Byfuglian were working on the termination of his contract, we now have word the team is trying a different route. According to TSN's Frank Seravalli, the contract termination is off, at least for now.

"Sources say suitors have been in regular contact with [GM Kevin] Cheveldayoff over the last weeks about Byfuglien’s future, but talks have only intensified in recent days leading up to the NHL’s Feb. 24 trade deadline," writes Seravalli his is latest Trade Bait column. "There is no guarantee that Byfuglien will be dealt – in part because of the fact that sources say he remains a long shot to return to the ice this season – but Big Buff’s mere potential impact warrants his debut at No. 10 on the latest TSN Trade Bait board."

But who would be interested in a defenseman who may not even return to the NHL? According to Seravalli, a team that believes they can lure him back. Because, if they can, his cap hit would be pro-rated to just $1.84 million for the remainder of the season, making him a fairly easy fit for a few teams.

"It is a potential low-risk, high-reward play. Few could impact a game like ‘Big Buff’ when he’s engaged, as evidenced by his bone-crunching hits, powerful shot, and knack for the moment. He was the Jets’ leading scorer in last year’s first-round series with St. Louis, collecting eight points in six playoff games – his last NHL action to date."

Seravalli says, at worst, Byfuglien could refuse to report and would remain suspended without pay, meaning the team that acquires him wouldn't be out any money. They could then move to terminate his contract or hold on to him until the summer to see if they can get another trade worked out with his consent. At best, they get an experienced, bruising blueliner for a playoff run. It's an interesting scenario and one that may generate some buzz with other GMs.

Byfluglien, of course, has been out since the beginning of the season after failing to report to camp and getting suspended. He maintains his ankle was injured near the end of the season last year and the injury worsened in the playoffs. Winnipeg contends he received a clean bill of health. He underwent surgery on his ankle in October.