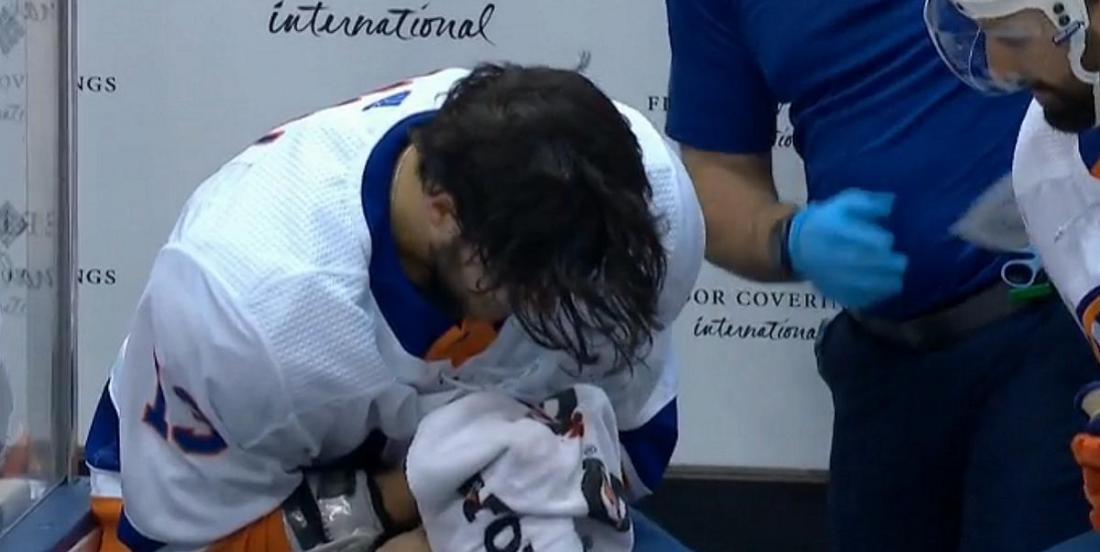 New York Islanders forward Mathew Barzal must have done something to upset his teammates before tonight's Game 7 against the Philadelphia Flyers, at least it would appear that way based on the way the Islanders have been treating Barzal tonight.

The latest incident occurred just moments ago in the game's second period, and this time it was Islanders forward Jordan Eberle who gave Barzal a nasty looking whack to the face with his stick. The play was of course accidental as Eberle was spinning around after being the victim of a hit, but it was also that spinning motion that caused Eberle to slam his stick into the face of Barzal and his momentum resulted in it being a pretty nasty chop.

Understandably Barzal was shaken up on the play and it was a long time before he would let the trainers get a better look at his face on the bench, however after some repairs he was able to remain in the game. Here's the replay, this one looks painful.

As I said Barzal was getting it from his teammates tonight, earlier during warmups he was struck in the head with the puck and that one also appeared to shake him up a little.