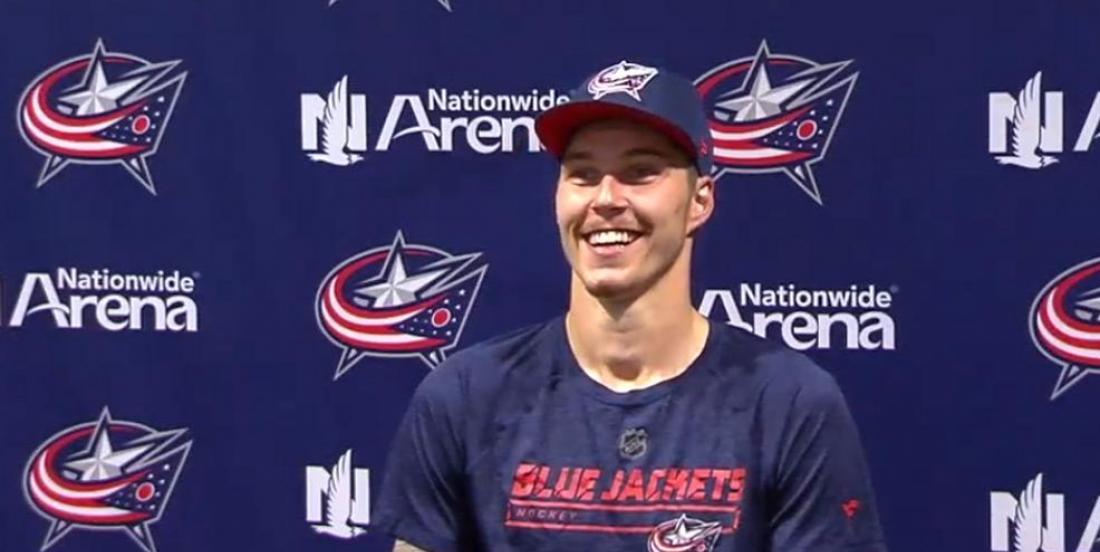 ​I bet he sleeps on the couch…

Columbus Blue Jackets goalie Elvis Merzlikins is getting ready to face the Toronto Maple Leafs in the best of five series coming up in a couple of weeks. The Leafs will attempt their best to enter the postseason and have a long run for the Stanley Cup and will be hungry for victory.

However, Merzlikins might have to face another angry rival at home… During an interview on Wednesday in which he was asked what he did during the long NHL pause caused by the COVID-19 pandemic, the goalie managed to insult his new wife with his answer.

He explained that he was pretty bored during the pause, then casually added he got married during the time off.

We bet his wife Aleksandra won’t be happy to hear him talk about their wedding that way!

It is quite funny to imagine the 26-year-old suddenly remembering he got married during the time away from the ice. That’s because he got engaged and married during the pause, which might explained why it came later in his story.

He also maintains that he did not want to get attention away from the pandemic and the battle against racism in the wake of the killing of of George Floyd in Minneapolis.

“I got engaged, I got married as well,” he said Wednesday. “We got married but it wasn’t the right time to announce it because of COVID and then the protests.”

Maybe Aleksandra won’t be too mad and won’t let him sleep on the couch… too long!

When talking about the quick engagement and wedding, Merzlikins commented on his ability to deal with pressure, which led the conversation back to the postseason.

“I know I am capable of handling the pressure,” he said. “It’s the NHL, it’s different, it’s going to be something new, but even if the pressure is going to be heavy I know what I’m going to have to do to handle it.”