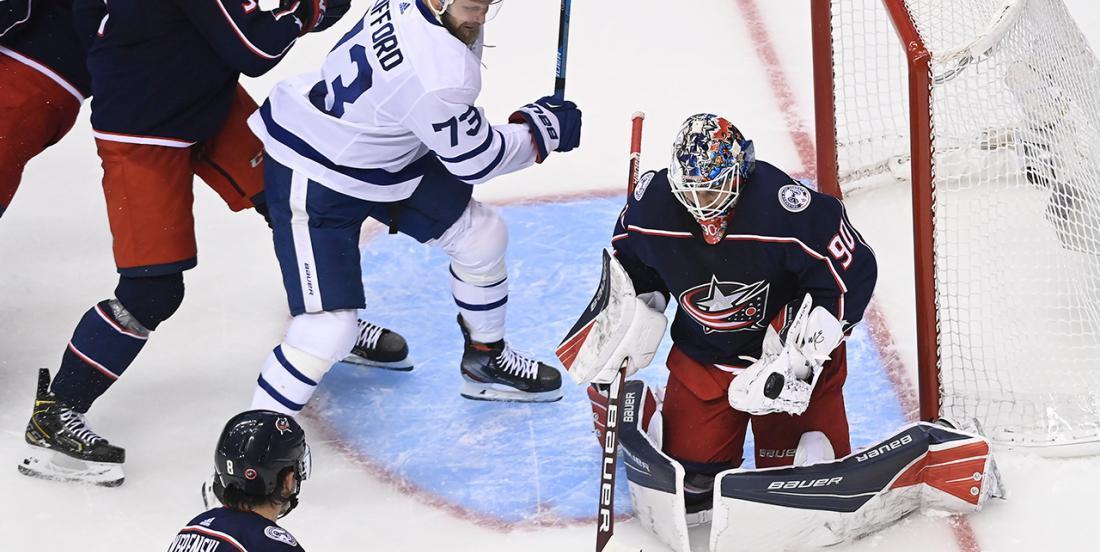 Columbus Blue Jackets are likely still riding the high of knocking the Toronto Maple Leafs out of the 2020 post season. That said, the team has been hit with a big injury. Goaltender Elvis Merzlikins is hurt and there is no timetable for his return as this point according to Blue Jackets head coach John Tortorella.

Merzlikins was deemed unfit to play in the fifth and deciding game of the series against Toronto, although it's likely he would have been backup in the that game anyway.  The 26-year-old played in two games of the Columbus-Toronto series, posting a 1.96 goals-against average and a .946 saves percentage.

Merzlikins was stellar after coming in to relieve Joonas Korpisalo in game three of the Blue Jackets-Leafs series after Toronto went up 3-0. He would stop all 21 shots he faced as Columbus rallied back for a 4-3 win. The very next game, Toronto would have a comeback of its own, scoring three goals in the final four minutes of the third and the OT winner to take the game 4-3.

There is, of course, no word on exactly what happened to Merzlikins, as per the NHL's new rules regarding injuries. He is simply listed as "unfit to play."